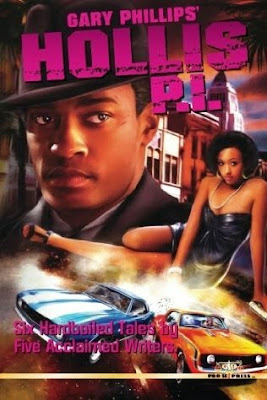 “PI Nate Hollis originally sprang from the rich imagination of LA-based writer Gary Phillips, but he’s so real and tactile he could climb off the page and buy you a bourbon. Now, four other authors are getting a piece of Nate, too, and this latest collection of Nate stories is wonderful. This is contemporary noir at its best, offering all the familiar pleasures of the genre, but giving them a modern makeover. Yes, this is a violent world that Nate inhabits, but he steers a true and moral course through the layers of deception, skull-duggery and sometimes worse that make these stories such high-density entertainment. Nate’s a great character and these stories do him justice and more. “  T. Jefferson Parker Author of “The Famous and the Dead”

A relatively short book with 6 collected stories, concerning LA PI - Nate Hollis. What added a bit of zest to the mix was the fact that 4 of them were penned by authors other than the creator of the character – Gary Phillips.

Each story entertained and what was a little bit surprising to me was the consistency of voice, from our author collective presenting our intrepid investigator Nate. We get an intriguing taste of Hollis away from his cases. He’s single, but not without female company when he’s in the mood. He’s close to his Grandfather – Clutch who runs a bar. Clutch constantly frets about his Grandson’s safety. Nate’s father – a former cop - is dead and whilst we don’t get any details on the circumstances, we know enough to understand the death is suspicious and no-one has been held to account for it. A long shadow hangs over Hollis.

Gary Phillips kicks things off with possibly my favourite of the bunch – The Chuckles Job – a bank robbery in the 80’s with the loot still missing. Fast forward twenty-plus years and we have an old man with Alzheimer’s disease and his landlord’s family with a link to an old prison guard who crossed paths with one of the bank-robbing clowns. There’s plenty of greenbacks still floating around waiting to be claimed.

We see the ugly side of a bright lights, neon-lit city which attracts the young and innocent with their naïve dreams and which in a short space of time uses them up and disposes of them. Hollis acts as a moral compass and attempts to achieve some level of restitution for our victims.

With the exception of the conductor of our orchestra - Mr Phillips, this was my first taste of the other authors in the collection.

Juliet Blackwell with her Belly of the Beast, gives an astute insight into Hollis’ psyche…….

In his more philosophical moments, Nate realised that even tall, blond men raised with fucking silver spoons in their mouths faced challenges in life. But since Nate was not by nature a philosopher, he found it easier to dislike them on sight. Their privilege, their assumption that the world was their own personal playground, their disregards for others – reasons enough, Nate figured.

Verdict – short, sharp, satisfying. Grit with a heart. Nate Hollis is definitely a character I’d like to read more about in the future.

Juliet Blackwell, Bobby Nash and Derrick Ferguson merit some further investigation. Aaron Philip Clark with his books A Healthy Fear of Man and The Science of Paul: A Novel of Crime is already on my radar. 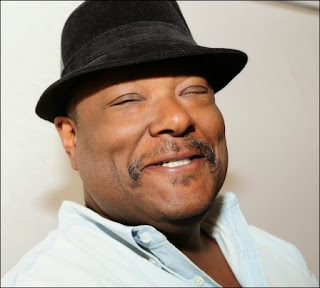 I've enjoyed Phillips’ – Monkology – a collection of stories featuring an earlier PI creation Ivan Monk from Gary in the past. (Pre-blog, pre-reviewing days.) Other novels await in the stacks……High Hand, Shooter’s Point, Bangers, The Jook, Perdition U.S.A. and Violent Spring. I just need to locate some of them, which is the easy part and then find time to read them! Not so easy.

He was kind enough to send me a copy of this for my perusal.