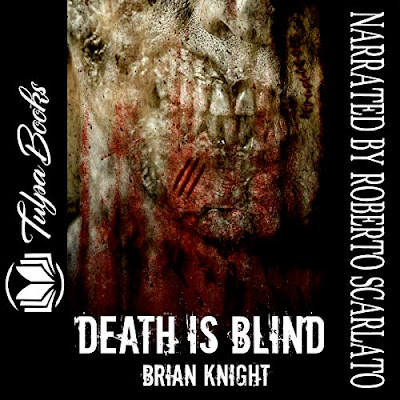 Synopsis/blurb ....
When the shattered remnants of a planet killing meteor called The Fist of God hits earth, death and destruction threaten to end human civilization, but The Fist of God is only the beginning of Earth’s tribulation.
A terrible Pale Rider leads the dead against survivors in the small town of Orofino, Idaho, killing and converting them.
One teenage girl is the key to humanity’s survival, but first she must survive the Pale Rider and his army of the dead.
A bit of Audible horror to mix things up a bit, with a shortish novella from Brian Knight - Death is Blind.
Thoughts .... I enjoyed the characters, in particular the convict and his coming back into contact with his estranged daughter after the meteor hit, caused a fire and then turned some of the people into .... well non-humans, led by an enigmatic pale rider.
There's a confrontation between the survivors and the pale rider and his followers. The young girl mentioned above has suffered trauma in her past and was half destroyed in a fire, which was caused by her dad and which killed her mum. There's some connection between her and the pale rider, which I didn't quite comprehend, but hey hoh.
I vibed the convicts, the fire fighting, the confrontation on the bridge with the cops and the bus, the history and back story of the convict, his brother-in-law and the little girl, the escape, the trip home to try and save the cop's wife and his damaged niece (also the convict's daughter), and the ensuing fight with the community spirit on display to fight for each other.
I'm possibly thinking there might be a continuation of this drama in a future story from Knight.
I enjoyed this without being blown away by it. It entertained, it passed time, it did what it was supposed to.
3.5 from 5
Brian Knight's A Face Full of Ugly was enjoyed earlier in the month. 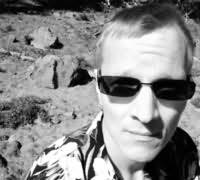