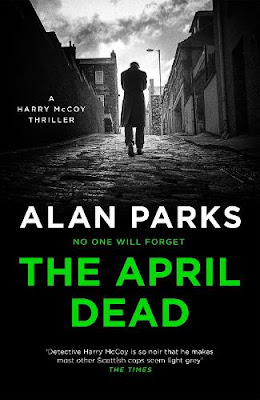 Synopsis/blurb ....
When an American sailor from the Holy Loch Base goes missing, Harry McCoy is determined to find him. But as he investigates, a wave of bombings hits Glasgow - with the threat of more to come. Soon McCoy realises that the sailor may be part of a shadowy organisation committed to a very different kind of Scotland. One they are prepared to kill for.
Meanwhile Cooper, McCoy's longtime criminal friend, is released from jail and convinced he has a traitor in his midst. As allies become enemies, Cooper has to fight for his position and his life. He needs McCoy to do something for him. Something illegal.
McCoy is running out of time to stop another bomb, save himself from the corrupt forces who want to see him fail and save the sailor from certain death. But McCoy discovers a deeper, darker secret - the sailor is not the first young man to go missing in April.
The April Dead is the fourth in the Harry McCoy series from author Alan Parks and much like the previous three, Parks nails it again. He's one of my favourite authors and this is a favourite series, 2022 can't come around quick enough for the fifth instalment.
70s Glasgow, a missing US serviceman, a distraught father, a strange bombing campaign (Irish links, possibly?), Special Branch scarers, the TA, gypsies, fairgrounds, a hippie commune, a private army and boyhood pal and hardman gangster, Stevie Cooper fresh out of jail and about to butt heads with another Glasgow pscho. Harry McCoy has his hands full.
Multiple strands of plot to follow, woven effortlessly together by Parks.
Familiar characters .... McCoy, Cooper, Wattie, Iris, Murray, Lomax, Billy and Jumbo - all bound together by a combination of history, shared experience, criminality, friendship, loyalty, fear, work and opportunity.
Enjoyable dynamics - McCoy and Wattie, an experienced, older detective and a slightly green, younger one; McCoy and childhood pal Cooper, both the products of an abusive upbringing.
McCoy .... 'Sort of remembered being out this way on a day trip from the care home outside Dunoon. Wondered how many other childhood memories he'd lost trying to forget the bad ones. A price he was happy to pay.'
I enjoy seeing a decent, mostly honest cop, treading an incredibly thin line between duty to his badge and the job and loyalty to Cooper. There's an unbreakable bond between them stronger than any blood ties; forged in fear, shame, abuse and helplessness when wee boys. McCoy is at times put in jeopardy because of his friendship. Resentment, anger, physicality is never far from the surface with these two, both on their polar opposite career paths.
Cracking plot (or plots), great characters, pacing, dialogue, setting, and resolution.
Parks smacks it out of the park again - unsurprisingly. 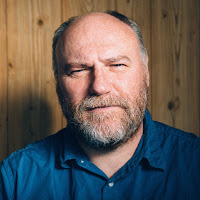 5 from 5
Bloody January, February's Son and Bobby March Will Live Forever are the earlier entries in the series. Do yourself a favour and check any or preferably all of them out. Thank me later.
Read - May, 2021
Published - 2021
Page count - 352
Source - review copy from publisher, Canongate
Format - paperback
Posted by col2910 at 13:03