Synopsis/blurb ....
He does what's right. Not what's easy.
Jeremiah O'Connell made his name solving problems in London and now does the same in LA. The problems other people can't or won't touch? They're the ones that end up at Jerry's door.
Suddenly Jeremiah has problems of his own when he sets out to right a wrong and finds himself on the hitlist of one of LA's most feared drug gangs.
As the stakes rise, so does the body count, and Jerry has the fight of his life on his hands. Now, with high-class escort Noah in tow, Jeremiah must revisit his old London stomping grounds and assemble his team in order to wage all-out war on the streets on Tinseltown...
An enjoyable enough fast-paced read with plenty of action and conflict, as former Essex bouncer-doorman-security guy, Jerry O'Connell, now LA based and mingling in circles of the rich and famous (an elite bodyguard) crosses paths with a drug gang's head honcho. Their confrontation escalates into a battle of pride and testosterone and an unlikely war between Jerry and his Essex mates vs the might of an LA drug gang, with the police interested but mostly sitting on the sidelines.
I liked it, but the whole set-up required a suspension of disbelief. You know what though, I was happy to go with it. Enjoyable exchanges and action scenes with Jerry and several protagonists throughout the book. Jerry's tongue can be as sharp and incisive as his fight moves. He's mostly a good egg and tries to do the right thing, though there's a borderline arrogance about him which isn't quite so attractive. He has a blind spot regarding his family back in England and I'm guessing that may provide some ammunition for a second Jerry O'Connell book from Danny O'Leary. He maybe reminds me a bit of a Jack Reacher, only with roots.
Gangs, drugs, a bit of love interest (maybe), an innocent victim, death, torture, macho pride, cops, cartels, loss of face, a trip to Blighty, recruiting old pals, a Hollywood madam, betrayal under duress, plans, subterfuge, all out conflict and a decent resolution.
Lots to like without ever reaching the heights of magnifence.
Was I entertained, amused, excited, bored when reading? Yes, yes, yes, no. Job done then. 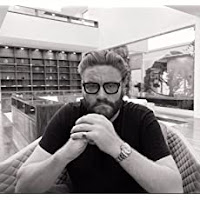