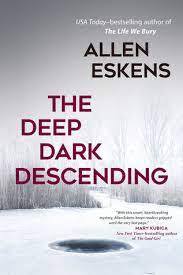 Synopsis/blurb ....
A homicide detective hunts down his wife's killers while struggling between his thirst for revenge and a twinge of conscience forbidding him to take the law into his own hands. Homicide Detective Max Rupert never fully accepted his wife’s death, even when he believed that a reckless hit-and-run driver was to blame. Haunted by memories both beautiful and painful, he is plagued by feelings of unfinished business. When Max learns that, in fact, Jenni was murdered, he must come to terms with this new information—and determine what to do with it.
Struggling to balance his impulses as a vengeful husband with his obligations as a law enforcement officer, Max devotes himself to relentlessly hunting down those responsible. For most of his life, he has thought of himself as a decent man. But now he’s so consumed with anguish and thoughts of retribution that he finds himself on the edge, questioning who he is and what he stands for.
On a frozen lake at the US–Canadian border, he wrestles with decisions that could change his life forever, as his rage threatens to turn him into the kind of person he has spent his entire career bringing to justice.
A murder investigation runs in tandem with some deep wrestling of conscience in Allen Eskens' enjoyable mystery, The Deep Dark Descending. Detective Max Rupert receives a tape recording of some unknowns discussing the murder of his wife, over four years ago and we're off and running.
An off-the-books murder investigation, a capable detective - still struggling to come to terms with his bereavement, new evidence, a concerned partner, another cold case, police enemies, Eastern European mobsters, strip clubs, prostitution, people trafficking, a dirty cop, a remote cabin in the wilderness, a pursuit, confrontation, a frozen lake, an ice hole, an interrogation, answers and a decision.
Busy, interesting, decent cast of characters and a bit of a moral quandary. How far do you push things in the search for justice? Is a revenge of sorts adequate redress, or too much?
Very good, a bit of a page turner. Like the others of his I've read, pretty damn satisfying. 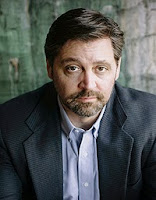