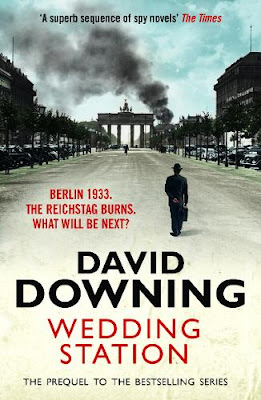 Synopsis/blurb ...
BERLIN, FEBRUARY 1933.
John Russell watches the Reichstag burn, but it's no scoop, even for a crime reporter. Four weeks after Hitler's accession, brownshirt mobs stalk the streets and the press prints what the Party tells it. Russell, a former communist with a British passport, should be packing his bags, but while family ties bind him. Meanwhile, his assignments draw him closer to the savage heart of the new regime -- and the story that only ends one way.
David Downing's Station series is one I've been meaning to try for a while, but have never quite made the time for in my reading. An invitation to read Wedding Station, a series prequel was too good an opportunity to turn down.
It's a fantastic book, which captures the mood of the time perfectly. Hitler has come to power and the divisions in German society are about to be laid bare. There's fear and apprehension from the communist opposition, versus a surge in confidence, optimism and a restoration of pride in Germany from his supporters.
We see events of 1933 through the lens of John Russell, an English journalist based in Berlin. Russell is in a precarious situation. His marriage is over in all but name though he remains very close to his wife and his son. She is in a new relationship and the arrangements are attracting some attention. Divorce would jeopardise his ability to remain in the country. His former communist views, now renounced are hardly endearing to the new regime. Neither is his occupation.
It's a fine line for Russell and his newspaper editor to tread. Criticism of the Nazis is unpatriotic. Clampdowns on press freedom is a given. Stories which might embarass the regime and its supporters are to be avoided, but neither does the newspaper/editor/Russell want to lose its integrity and become a puppet, even when the Nazi propaganda machine is feeding them obvious bull.
In the midst of this Russell investigates the death of a male prostitute, offers temporary sanctuary to a Communist fugitive and searches for a missing girl. All the while, keeping on the right side of the regime and maintaining the fiction of a normal life for the sake of his six year old son. 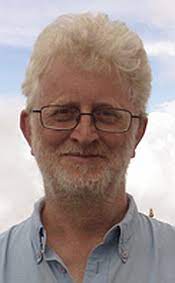 Tense, claustrophobic, scary, horrific, gripping. It's fascinating seeing a country about to go to war with itself or at least a sizeable minority of its citizens, especially Jews and Communists; before obviously taking on the rest of Europe a bit further down the road.
Brilliant - setting, story, characters, pace, history lesson - all ticks in the box.
4.5 from 5
Read- April, 2021
Published - 2021
Page count - 336
Source - review copy from publisher - Old Street Publishing
Format - paperback
Posted by col2910 at 05:08