All new to me, 5 male 1 female - some things never change! 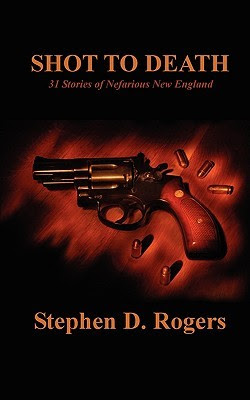 Stephen D. Rogers - Shot to Death: 31 Crime Stories (2021) - Amazon purchase
One from the ever reliable publisher All Due Respect, one of my favourites.
Thirty-one bullets that will leave you gasping for breath…
From hardboiled to noir to just plain human, these stories allow you to experience lives you escaped, and to do so with dignity, humor, and an eye toward tomorrow.
“What sets those particular stories apart is their ability to catch the browns and grays of the characters quickly, subtly and persuasively.” —Barnstable Patriot
“The sometime EQMM poet is so smoothly readable, explores such a variety of inventive situations, and is so ambitious in structure and theme, even the stories that don’t quite hit the mark make enjoyable reading.” —Ellery Queen Mystery Magazine
“Each story is fresh and original, set against a New England backdrop, and includes colorful characters from diverse walks of life. Each plot twists and turns to its totally surprising and unpredictable ending.” —Examiner 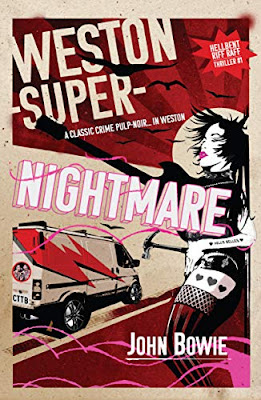 John Bowie - Weston - Super - Nightmare (2021) - Competition win
Happy days. Looks like another winner from Close 2 the Bone.
‘Bristol builders, sparkies, carpet fitters and plumbers face-off London gangsters in a Wild West showdown…’
A Classic Crime Pulp-Noir… in Weston
The Hell’s Belles was Jimi’s bar. A retirement gift to himself after a hard life’s graft and no one owned the stage but him and his Gibson SG – except ex–strippers, Tammy and Betty.
Matt, the youngest brother to three of The South Bank Cricketers, the infamous London gang, wanted to play – not gonna happen.
Jimi needed back up. He knew some gangsters of his own, and had criminal friends. But that’s not who he was going to call. He needed something tougher, more reliable… made of stone. 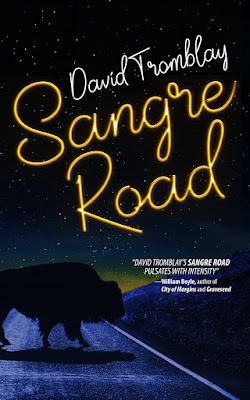 David Tromblay - Sangre Road (2021) - purchased copy
Sounds like it's a bit weird, a bit quirky, right up my street!
Introducing Moses Kincaid, an ornery, brazen, and possibly punch-drunk bounty hunter who must track down a skip trace into rural Oklahoma, circa summer 1995. Follow along as he comes up against bikers, prison peckerwoods, zombies, pro-midget wrestlers, holes up in no-tell motels and greasy-spoon diners, and gets gifted mouthful after mouthful of heavy-duty pain pills for the bumps and bruises he earns along the way!
Praise for SANGRE ROAD:
“David Tromblay has created a violent and wistful elegy to small-town America that cuts as sharp as an ice pick and goes twice as deep.” —S.A. Cosby, author of Blacktop Wasteland 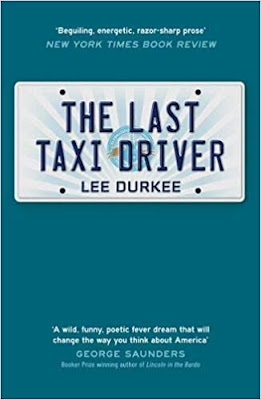 Lee Durkee - The Last Taxi Driver (2020) - Net Galley
A bit of a change from my usual, but I do have a fondness for driver tales.
Hailed by George Saunders as "a true original--a wise and wildly talented writer," Lee Durkee takes readers on a high-stakes cab ride through an unforgettable shift. Meet Lou--a lapsed novelist, struggling Buddhist, and UFO fan--who drives for a ramshackle taxi company that operates on the outskirts of a north Mississippi college town. With Uber moving into town and his way of life vanishing, his girlfriend moving out, and his archenemy dispatcher suddenly returning to town on the lam, Lou must finish his bedlam shift by aiding and abetting the host of criminal misfits haunting the back seat of his disintegrating Town Car. Lou is forced to decide how much he can take as a driver, and whether keeping his job is worth madness and heartbreak.
Shedding nuts and bolts, The Last Taxi Driver careens through highways and back roads, from Mississippi to Memphis, as Lou becomes increasingly somnambulant and his fares increasingly eccentric. Equal parts Bukowski and Portis, Durkee's darkly comic novel is a feverish, hilarious, and gritty look at a forgotten America and a man at life's crossroads. 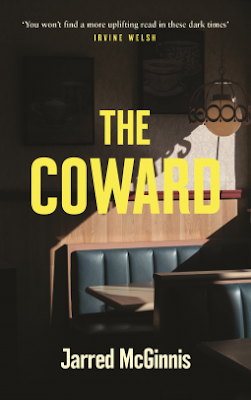 Jarred McGinnis - The Coward - (2021) - Net Galley
Irvine Welsh likes it.
Question: What's worse than being in a wheelchair?
Answer: Being a fuck-up in a wheelchair.
After a car accident Jarred discovers he'll never walk again. Confined to a 'giant roller-skate', he finds himself with neither money nor job. Worse still, he's forced to live back home with the father he hasn't spoken to in ten years.
Add in a shoplifting habit, an addiction to painkillers and the fact that total strangers now treat him like he's an idiot, it's a recipe for self-destruction. How can he stop himself careering out of control?
As he tries to piece his life together again, he looks back over his past - the tragedy that blasted his family apart, why he ran away, the damage he's caused himself and others - and starts to wonder whether, maybe, things don't always have to stay broken after all.
The Coward is about hurt and forgiveness. It's about how the world treats disabled people. And it's about how we write and rewrite the stories we tell ourselves about our lives - and try to find a happy ending. 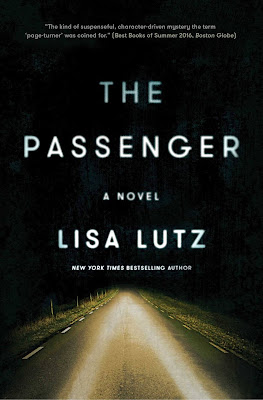 Lisa Lutz - The Passenger (2016) - purchased copy
Recommended to me by a Goodreads, Twitter pal - Jim Thomsen
Tanya DuBois doesn’t exist.   At least not after an accident leaves her husband dead and thrusts her into the uncomfortably familiar position of Suspect No. 1.  She has only one choice: Run.
As “Tanya” watches her life recede in the rearview mirror, we realize she was never real to begin with.  And neither is Amelia Keen, Debra Maze, Emma Lark, Sonia Lubovich, or a girl called only Jo.  Or almost any of the things she tells us about herself, her past or where she is going next.  She is “Amelia” when she meets Blue, another woman with a life she’d rather not discuss, and thinks she’s found a kindred spirit. But their pasts and futures clash as the body count rises around them.
Shedding identities like snakeskins, it becomes impossible for the people in Tanya’s life – and even herself – to know exactly who they’re dealing with. It’s only as she comes closer to facing her past that she can start to piece together the truth about not only who she was but who she can still be.  THE PASSENGER inverts the traditional thriller, bypassing whodunit for the larger mysteries of who are you, and what is forgivable, and what is not?
Posted by col2910 at 11:23