Synopsis/blurb .....
Robert Littell does for the CIA what Mario Puzo did for the Mafia ...
Robert Littell's The Company is an engrossing, multigenerational, wickedly nostalgic yet utterly entertaining and candid saga bringing to life, through a host of characters - historical and imagined - the nearly fifty years of this secretive and powerful organization.
In a style intelligent and ironic, Littell tells it like it was: CIA agents fighting not only 'the good fight' against foreign enemies, but sometimes the bad one as well, with the ends justifying the means as CIA-organised assassinations, covert wars, kidnappings, and topplings of legitimate governments. Behind every manoeuvre and counter-manouevre, though, one question spans the book..... Who is the mole within the CIA?
The Company - an astonishing novel that captures the life and death struggle of an entire generation of CIA operatives during a long Cold War.
A proper beast of a book. A little bit intimidating, I'm not going to lie. At close to 1300 pages and spanning the period from 1950 until the mid-90s, it was one tackled in bite-sized chunks over about four months. I really enjoyed it and more than once found myself applying the brakes to stick to my reading plan of 11 pages a day.
CIA recruitment, post-War Berlin operations, Albanian nationalists, Hungarian uprising, deep-set Soviet infiltrators, Bay of Pigs, Cuba, Kennedy, Krushchev, a papal assassination, KGB, Berlin Wall, Reagan, Gorbachev, reform, reaction, espionage, counter-espionage, inter-agency rivalries, interrogation, torture, capture, Afghanistan, family, friendship loyalty, trust, betrayal and about a gazillion other things.
It's an ambitious book and one I really enjoyed. I did find myself thinking about the author's depiction of events and found myself wondering if he had the fast track to inside information or a fertile imagination. For example the death of the first Pope John Paul after about a month in office - heart attack, natural causes or as Littell would have us believe a hit to prevent an investigation into the Vatican Bank laundering money for a foreign agency. 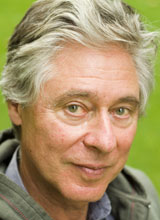 Interesting, enjoyable, topical. I enjoyed the way the author used family and subsequent generations to provide some continuity in the depiction of events unfolding over decades. I do like espionage books. I like characters brimming with secrets and duplicity, where you present one face to the world while your real intentions are concealed.
4.5 from 5
This was my first outing with Robert Littell, but definitely not my last. At least his other books on the TBR pile are all a bit shorter.
Read - January-April, 2021
Published - 2001
Page count - 1298
Source - purchased copy
Format - paperback
Posted by col2910 at 05:31