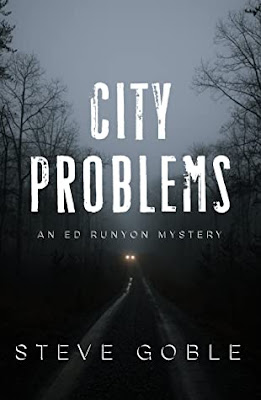 Synopsis/blurb ....
A moment of violence—a snap judgement—a life changed to the core
Ed Runyon bolted from the NYPD after a runaway teen case fell through the cracks and turned into a nightmarish murder. Now, he's learned to bury the rage that consumed him, cope with depression, and enjoy life as a Mifflin County sheriff's detective in rural Ohio.
Ed is trying to relax on his day off when Columbus PD Detective Shelly Beckworth comes to Mifflin County in search of a girl who vanished after a pop-up party. The clues are scarce—a few license plates, a phone shattered on the roadside—but the trail leads to Ed's neck of the woods.
He tries to shove everything else aside to keep this case from ending in another tragedy, but a cop can't pick and choose which calls to duty he'll answer. Frustrated, Ed watches a happy ending slip beyond sight—this one he cannot run away from.
Charging forward, Ed breaks rules and takes risks leading to a bloody confrontation where everything he believes as a cop and every ghost in his head clash—a moment of avenging violence that will ultimately change his life to the core.
An okay small town, rural police procedural/murder investigation which sadly sounded a bit better than it was. I enjoyed the mystery and the puzzling together of what happened to the Columbus girl who went AWOL after a gig. I liked the investigation element and the difficulties involved in getting people who were at the gig to talk. Initially it's a missing persons case, but ramps up to murder after the girl's dumped body snags in some river debris.
There's a lot of enjoyable elements to the story .... a distrust of the police, government and authority, manifesting itself in an unofficial militia, armed to the teeth and loving their reinforced clubhouse and just itching for Armageddon to happen; the local heroes - the high school footballers and jocks, legends in their own minds and full of rage and testosterone; the local band - high energy riffs and noise pollution. I liked the female out of town detective coming to Mifflin County to try and track the girl initially.
What I didn't vibe and which kind of bumped me out of the book was the main character, Ed Runyon. I get that he's damaged and most likely suffering PTSD after a breakdown which caused him to flee a big city position. He's almost another victim; broken after the brutal murder of a teenage girl in New York. He's full of rage, depression, mood swings and alcohol invariably. I just didn't find him especially sympathetic or good company. He's impulsive and reckless, prone to rash decisions and his judgment is shaky. Other than that he's pretty amazing. It's strange most of the time in my reading I love a maverick and a risk taker. Here I just felt he was a masssive tool.
Decent storyline, great setting, interesting investigation, satisfying outcome. I liked the way other incidents and events distracted from Runyon's attention on the murder case. It added a plausibility to what happens with police work. The pace was ok, not breakneck, nor saggy. Most of the characters, I vibed. Just the one I probably needed to like was a pain in the bum. 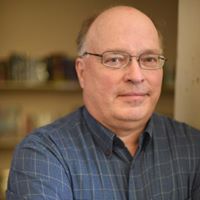