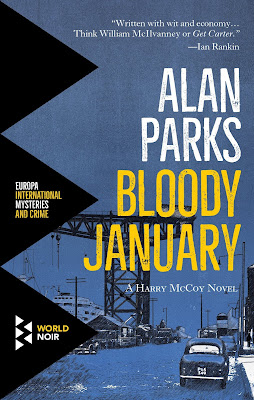 When a teenage boy shoots a young woman dead in the middle of a busy Glasgow street and then commits suicide, Detective Harry McCoy is sure of one thing. It wasn't a random act of violence.

With his new partner in tow, McCoy uses his underworld network to lead the investigation but soon runs up against a secret society led by Glasgow's wealthiest family, the Dunlops.

McCoy's boss doesn't want him to investigate. The Dunlops seem untouchable. But McCoy has other ideas . . .

In a helter-skelter tale – winding from moneyed elite to hipster music groupies to the brutal gangs of the urban wasteland – Bloody January brings to life the dark underbelly of 1970s Glasgow and introduces a dark and electrifying new voice in Scottish noir.

Seventies Glasgow and a public murder which our lead character, Detective McCoy had been warned about but which he was unable to prevent, has Bloody January off and running at a ferocious clip. Alan Parks had me hooked early and cliche or not it was a struggle to put the book down.

Murder, suicide, manipulation, drugs, prostitution, sordid sex parties, sick minds and cameras, films and photographs, blackmail, S&M, cops consorting with gangsters, a good time girl as a girlfriend, more deaths and disappearances, an untouchable family, political interference, corruption, police rivalries and affiliations, a young recruit, a failed relationship with child bereavement a huge shadow, a disturbing upbringing at the hands of the Church, a lifelong friendship forged in terror under abuse, two different paths, massage parlours, beatings and torture, poverty, a stop start investigation and a relentless doggedness to ensure those responsible pay one way or another.

Interesting dynamics throughout - especially Harry and his childhood friend and Glaswegian criminal terror Stevie. A shared history and a perceived debt binds them together and forces Harry to overlook Stevie's criminality, despite the possible cost to his career.

Not a book for the faint of heart, very dark and graphic in places, very in your face in the descriptions of a long ago Glasgow where poverty and crime seemed prevalent. A different time when police and thieves had arrangements and understandings. 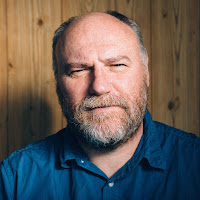