A couple this week from America and Larry Watson. 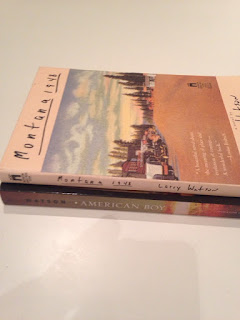 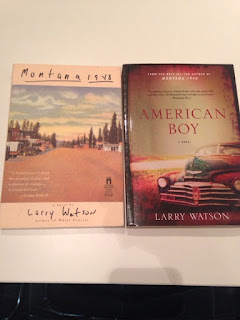 I read his book White Crosses years ago, but can remember very little about it.

Watson has published 10 books over the years since Montana, 1948 debuted in 1993. I probably have half of them on the stacks. I would hazard his work is more literary crime than anything a bit rougher around the edges. There's plenty of room for these books in my reading palette.

There's a couple of interesting pieces with him online discussing some of his work and his writing. 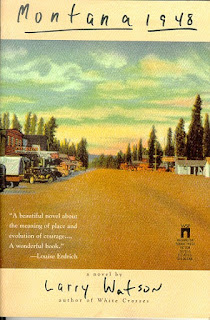 The events of that small-town summer forever alter David Hayden's view of his family: his self-effacing father, a sheriff who never wears his badge; his clear sighted mother; his uncle, a charming war hero and respected doctor; and the Hayden's lively, statuesque Sioux housekeeper, Marie Little Soldier, whose revelations are at the heart of the story. It is a tale of love and courage, of power abused, and of the terrible choice between family loyalty and justice. 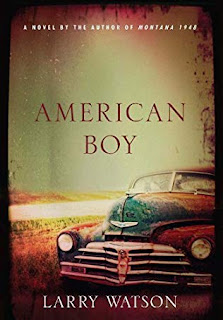 We were exposed to these phenomena in order that we might learn something, but of course the lessons we learn are not always what was intended.

So begins Matthew Garth's story of the fall of 1962, when the shooting of a young woman on Thanksgiving Day sets off a chain of unsettling events in small-town Willow Falls, Minnesota. Matthew first sees Louisa Lindahl in Dr. Dunbar's home office, and at the time her bullet wound makes nearly as strong an impression as her unclothed body. Fueled over the following weeks by his feverish desire for this mysterious woman and a deep longing for the comfort and affluence that appears to surround the Dunbars, Matthew finds himself drawn into a vortex of greed, manipulation, and ultimately betrayal.

Immersive, heart-breaking, and richly evocative of a time and place, this long-awaited novel marks the return of a great American storyteller.
Posted by col2910 at 23:57