A couple from the US and the 70s and 80s by Newton Thornburg this week.

I read Thornburg's To Die in California a few years ago and it was everything I look for in a book.... pace, story, characters, setting and heart, quite haunting really. 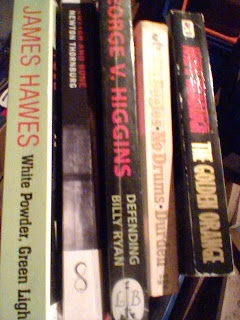 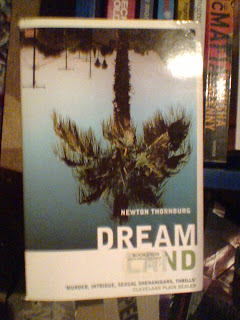 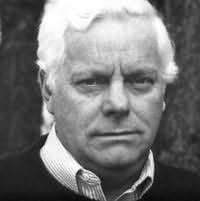 Thornburg had 11 books published between 1967 and 1998. A few others sit on the pile including Knockover a 1968 heist novel.

Born in Harvey, Illinois, Thornburg graduated from the University of Iowa with a Fine Arts degree. He worked in a variety of jobs before devoting himself to writing full-time (or at least in tandem with his cattle farm in the Ozarks) in 1973. 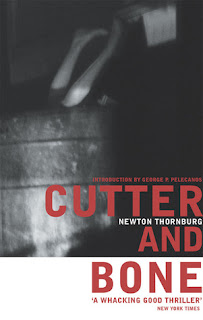 A thriller, and a whacking good thriller, too - shows how much can be done by a writer who knows his business - the best novel of its kind in ten years! - New York Times

First published in 1976, Cutter and Bone is the story of the obsession of Cutter, a scarred and crippled Vietnam veteran and his attempt to convince his buddy, Bone, that the latter witnessed a murder committed by the conglomerate tycoon, JJ Wolfe. Captivated by Cutter's demented logic, Bone is prepared to cross the country with Cutter in search of proof of the murder. Their quest takes them into the Ozarks - home base of the Wolfe empire - where Bone discovers that Cutter is not pursuing a murderer so much as the great enemy itself, them, the very demons that have dogged his life.

A prolific writer, Newton Thornburg lives in upstate New York. His novels include A Man's Game, To Die in California, Dreamland, The Lion at the Door, and Eve's Men.

Blog friend TracyK from Bitter Tea and Mystery read Cutter and Bone recently.
The bleakest book she's ever read, which is a cracking recommendation in my eyes.

Also made into a film entitled Cutter's Way in the early 80s with Jeff Bridges. 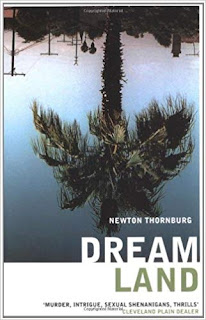 "A commanding writer of unusual delicacy and power." - THE NEW YORKER

Two apparent suicides and a pair of brutal sex murders plunge would-be starlet Foxy Reno and ex-hippie drifter Crow into the dark underbelly of Hollywood and the San Fernando Valley. As Crow and Reno embark on a manhunt, they discover the dark side of desire in white-hot California.
Posted by col2910 at 00:09