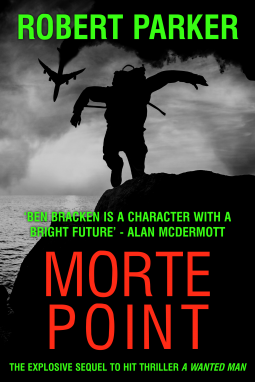 Morte Point is a wonderful spot for a holiday. Only that’s not why Ben Bracken is here.

He’s here because in this sleepy part of England, events are now unfolding that could cause death and mayhem, and not just for the unfortunates in the plane that has just crashed into the sea off the North Devon coast.

Sent to locate the source of the problem, ex-soldier and patriot Ben finds himself both hunter and hunted. But who is after him, and why do they want to capture him so desperately?

It’s only when, on the edge of physical and mental exhaustion, he meets a young Kosovan microbiologist, that he begins to understand the scale of the plot he has been drawn into, and the weight of responsibility that the authorities have placed on his shoulders. So it’s probably just as well they don’t know about his slightly shady past.

But then, as Ben is rapidly finding out, those in authority aren’t always what they seem, either.

Morte Point is an original, non-stop action tale with twists and turns that will keep you enthralled from start to finish, and a memorable lead character who is far from the typical action hero. Fans of Lee Child and Andy McNab will be hooked!

Praise for Morte Point
:
‘Ben Bracken is a character with a bright future.’ – Alan McDermott, bestselling author of the Tom Gray series

More thriller than crime fiction in my opinion and no less enjoyable for that distinction. Ben Bracken was last encountered in A Wanted Man, almost single-handedly taking down a Manchester crime syndicate, after escaping from prison.

We pick up here with Ben in Spain, our one man band taking out another low life currently enjoying his ill-gotten gains (courtesy of 40-plus Post Office raids) beyond the reach of the National Crime Agency. Not for long once Bracken does his thing.

Urgently summoned back to the UK by his close-lipped NCA contact, Bracken rocks up in Morte Point. An unidentified object needs interception and recovery, something easier said than done given the paucity of information provided. One plane crash into the sea later and Bracken has a rather large clue as to the location of the object as least. A swim and a dive later and Bracken recovers an earring from the hands of a decapitated corpse on the fractured aircraft. Just in time, as a couple of military response units descend on the stricken plane seconds after Bracken's departure. The precious cargo is in popular demand.

A game of cat and mouse ensues as Bracken tries to leave the Morte Point area with his prize while a manhunt is launched for him. The size of the resources at the disposal of his pursuers along with the manipulation of the media regarding the plane crash indicate to Bracken - Government involvement. Bracken's contact is of limited help at this stage of the proceedings.

I do like a "man on the run book." Bracken with his military past demonstrates a few survival techniques and his physical prowess in a couple of altercations. He does however reveal a darker side to his character when giving a likely ally a full and frank interview, for want of a better word. You can understand Bracken's motives and admire his love of country and his capabilities but events reveal he's not especially likable. There's an element of arrogance on display, with a his way or the highway mentality which persists through to the end.

The nature of the item is revealed and the bigger picture emerges showing what is at stake. It's high stakes with a number of organisations extremely interested in acquiring the goods, which might not be prudent.  A few philosophical questions are raised in how governments and ministers should behave in the protection of its citizens. The contrasting answers providing options for Bracken as he realises he can't stay on the run forever. An interested party makes Bracken a more attractive proposition if he can bring himself to trust them. Accommodations and some hard choices will need to be made.

Fast-paced, a decent story line that I was happy to go with - I'm always happy to listen to conspiracy theories and generally think the worst of authority - so I could buy the premise and the behaviour of the parties involved. It's an interesting dilemna Ben has to deal with, topical in a lot of respects...... threats to a nation's security, media manipulation, fake news, and more - I'm avoiding flagging up the obvious one.

Well-written, decent action scenes and an ending I enjoyed. I do think the thriller of the lone man pitted against the authorities type, with the fate of the nation hanging on the outcome requires a temporary suspension of disbelief to fully enjoy them and this book is no exception. I was happy to go with that. A bit of a cliche but Morte Point is a bit of a page turner and a fast read - two work days which is quick for me. 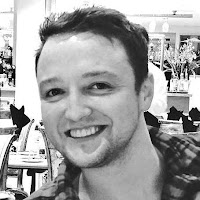 I did like this a bit more than the previous Parker book featuring Ben Bracken. Bracken and author Parker are on a bit of an upward curve.