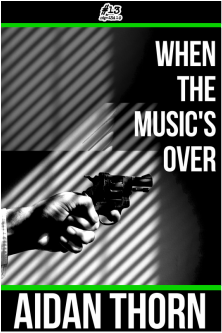 When Benny Gower murders his business partner few people doubt his good reasons for doing so. Unlike Benny, it’s not as if Harry Weir was popular. But he was the heir to Birmingham’s most violent and dangerous criminal organisation.

When the Music’s Over is a classic crime story of winners and losers among the music, drugs and nightclubs of Britain’s second city."A revenge filled romp into the underbelly of noir." -Just a Guy That Likes to Read

Another cracker from the Number 13 Press stable and a tale of music, nightclubs, drugs, gangland criminality, family and revenge with two very different characters at its heart.

Benny Gower is a decent man. Works hard, perhaps too hard, looks after his employees, cares for his wife which isn't easy. You'd be hard pressed to find anyone with a bad word to say about him. Totally out of character Benny kills Harry Weir, son of criminal king-pin Terry and does a disappearing act.

Wynn McDonald is not such a decent chap. A former feared enforcer for Terry Weir and Alan Castle, Wynn is summoned from retirement to track down and deliver Benny for execution. Wynn's seen better days. Physically he's a shadow of his former self, but his reputation remains intact and will go a long way towards helping him secure the answers he needs to deliver Benny to his fate.

A decent story line, concerning two intriguing characters, both with admirable qualities, both of whom we get to know much better over the course of our tale.

It was interesting to follow Benny's flight and the steps he took to evade detection. Similarly it was fascinating to see Wynn in action. His acumen and forensic logic, diligently applied to the task at hand. If he had taken a different path in life, he'd have made a decent investigator.

Lots to like, I enjoyed Benny's back story, the thwarted music career and the not so subtle manipulation by Castle and Weir, to draw him into their empire. Additionally, there's more to Wynn than meets the eye. Age, ill-health and an impending appointment with his maker, and his secondment back into reluctant service offering a chance for some much needed reflection on his life and previous actions. 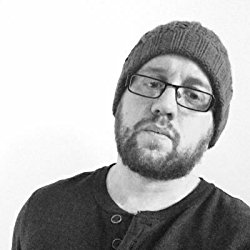 One of the best of bunch from Number 13 so far.

Aidan Thorn's work has been enjoyed before. I've previously read Criminal Thoughts.
Urban Decay and Tales From the Underbelly await.


Like the other original Number 13 Press titles, When the Music's Over has been given a makeover and fresh re-release by Fahrenheit Press. 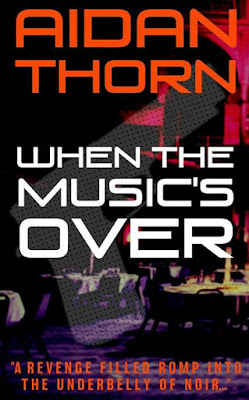