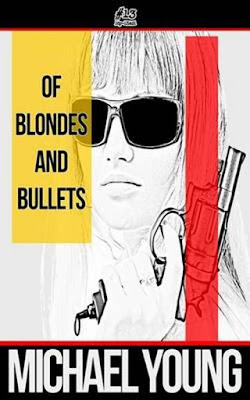 Sometimes you don’t think, you don’t plan, you only act. When he pulled the blonde from the icy waters, Frank wasn’t thinking about what would happen next. But when she disappears again he’s going to have a hard time explaining the truth to the men who want to find her. And if he is to protect his family, it’s time for Frank to make some hard choices.

Love, or life?
Fight, or flee?
Blondes, or bullets?

With a touch of David Goodis’s everyman-noir, a dash of Brit Grit, and a whole lot of hardboiled, Of Blondes and Bullets shows just how easy it is for the world you thought you knew to crumble before your eyes.

“One good deed is all takes for things to go wrong…Of Blondes and Bullets provides a jarring trek between the cracks of bland suburbia; a hardboiled noir descent into the darker side of Britain. Recommended.” -Lee Sykes (author of The Hard Cold Shoulder)

Michael Young's Of Blondes and Bullets was the first release of 13 in total by Number 13 Press and it was my eleventh outing with the publisher. It's another strong entry in the collection.

Good Samaritan Frank rescues our mystery blonde Kathy from the icy sea. And as the saying goes - no good deed goes unpunished!

Kathy is troubled and secretive and after drying off at Frank's house - the one the under-employed Frank shares with the women in his life, Jean - actually Jean's house come to mention it, Frank finds himself drawn into Kathy's world.

At first we don't really understand what is occurring and it's a slow reveal. Kathy and her fella, Luke - someone we encountered at the start of the book, fighting in a barn while held captive - have crossed swords with another gang and are battling for the possession of a mystery item, currently held by Kathy and Luke. Kathy has the goods, the rivals have Luke.

Frank, the innocent tries to help Kathy without knowing the can of worms he's opening. An amateur stakeout with Kathy on the opposition gets rumbled and a brutal encounter on a suburban street ensues. Kathy scarpers soon after and Frank is violently introduced to the opposition. A home invasion follows and Frank and the unwitting Jean are soon inducted into a violent game with little understanding of the rules.

Tense and gripping, Of Blondes and Bullets is an interesting and enjoyable novella. Frank's involvement gives him the opportunity to reflect on his less than perfect relationship with Jean and whether the life they've being living is a fake. Irrespective of their love or the fragility of it, Kathy's on her own now, Frank determines to save Jean or die trying. 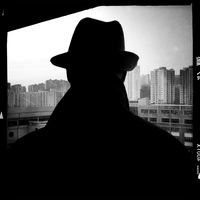 Lots to like, some excellent pacing, the 180 degree volte-face from normal to off the radar dangerous in a flash, the contrasting settings - the ordinary urban and an isolated rural farmhouse, a bit of gun-play, some intense rivalry and violent competition and some strong characters  - not just Frank - each with their own motivations.

Michael Young has a couple of other books to his name featuring Harry Vee a Hong Kong based PI - The Sky Might Fall and All Blood is Red. They look quite tempting.

As with others in the Number 13 canon they've recently been re-released by Fahrenheit Press under the F13 umbrella. 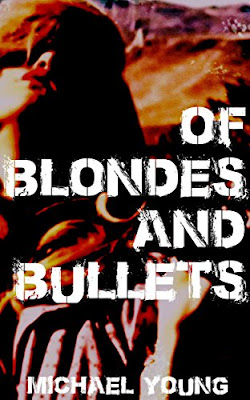