David Owen author of the Tasmanian set Pufferfish novels. I've enjoyed a few over the years, some before the blog began. In recent times - 13-Point Plan For a Perfect Murder (2016) and Big Red Rock (2017)

Pufferfish, aka Detective Inspector Franz Heineken, scourge of Tasmania's villains is back. And back with a refreshed vengence. Prickly and as curmudgeonly and irony-charged as ever, he has to neutralise a new stench in his island paradise.

Four friends, recent college graduates, caught in a terrible job market, joke about turning to kidnapping to survive. And then, suddenly, it's no joke. For two years, the strategy they devise-quick, efficient, low risk-works like a charm. Until they kidnap the wrong man.

Now two groups they've very much wanted to avoid are after them-the law, in the form of veteran state investigator Kirk Stevens and hotshot young FBI agent Carla Windermere, and an organized-crime outfit looking for payback. As they all crisscross the country in deadly pursuit and a series of increasingly explosive confrontations, each of them is ultimately forced to recognize the truth: The true professionals, cop or criminal, are those who are willing to sacrifice . . . everything.

A finger-burning page-turner, filled with twists, surprises, and memorably complex characters, The Professionals marks the arrival of a remarkable new writer.

One Night Stands and Lost Weekends by blog favourite Lawrence Block. I'm not one to miss an opportunity to spout off about his work. A short story collection to be enjoyed at some point.

In the era before he created moody private investigator Matthew Scudder, burglar Bernie Rhodenbarr, sleepless spy Evan Tanner, and the amiable hit man Keller - and years before his first Edgar Award - a young writer named Lawrence Block submitted a story titled "You Can't Lose" to Manhunt magazine. It was published, and the rest is history.


One Night Stands and Lost Weekends is a sterling collection of short crime fiction and suspense novelettes penned between 1958 and 1962 by a budding young master and soon-to-be Grand Master - an essential slice of genre history, and more fun than a high-speed police chase following a bank job gone bad.

If it's Oxford it's got got be be Colin Dexter and Inspector Morse. I've seen it on the telly - who hasn't, but I've never read any of the books, though I have picked a few up over the years. 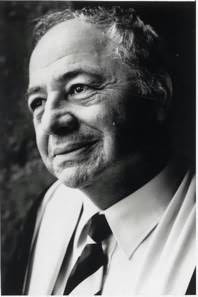 The Last Bus to Woodstock is the first in the series and as good as place to start as any, when I eventually get around to reading about Morse.

The death of Sylvia Kaye featured dramatically in the "Oxford Mail". By Friday evening Inspector Morse had informed the nation that the police were looking for a dangerous man - facing charges of wilful murder, sexual assault and rape.