A couple from cult author, Pablo D'Stair this week. Hands-up, I've not read the man yet, but I'm correcting that oversight this month. 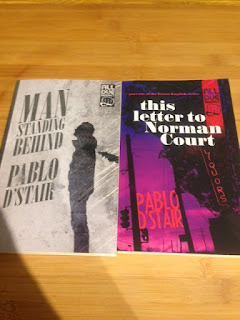 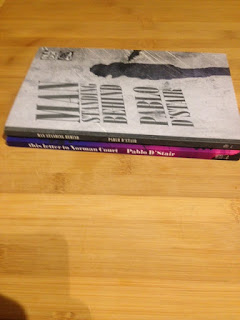 D'Stair's fiction is being brought to a wider audience with indie publisher All Due Respect bringing back Man Standing Behind and This Letter to Norman Court recently.

This Letter to Norman Court is the first in a five book series featuring Trevor English. The other four are due for publication later this year. 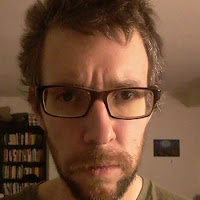 Pablo D’Stair is a novelist, filmmaker, and essayist. He lives and writes in Lancaster, PA.
Pablo D'Stair was born in 1981. He is the author of over forty books of fiction, several collections of poetry, and numerous essays and dialogues. He writes on cinema for the UK film site BRWC: Battle Royale With Cheese and is a regular contributor of fiction, interview, and essay for the Montage: Cultural Paradigm (Sri Lanka).

Thanks to Chris Rhatigan of All Due Respect for putting him on my radar. 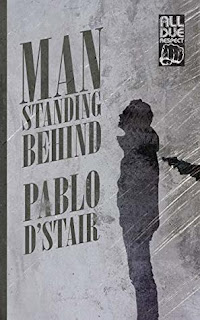 Leaving work on a nondescript evening, Roger is held up at gunpoint when he stops at a cash machine. He attempts to hand everything in his bank account, but robbery isn't on the gunman's mind.

Roger is told simply to walk.

The gunman takes him on a macabre odyssey - from city pubs to suburban neighborhoods to isolated homes in the country - and as the night presses on, a seemingly not-so-random body count grows around him.

A moment-by-moment exploration of moral paralysis, Man Standing Behind charts the psyche of a random man caught in the roils of a mortal circumstance nothing to do with his own life. Is he a witness, a victim... or something altogether worse?

Praise for MAN STANDING BEHIND:

"This is where D'Stair shines. He has the ability to take a situation, one which might traditionally be addressed emotionally, and analyze it to the point of emotional emptiness. Life and death... is not a fight or flight, subconscious decision, but is one to be pondered, examined, weighed against context." - Caleb J. Ross, author of Stranger Will, I Didn't Mean to be Kevin, and The Soul Standard 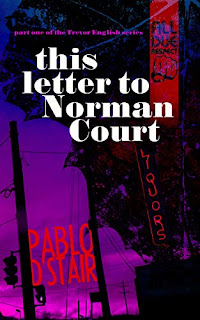