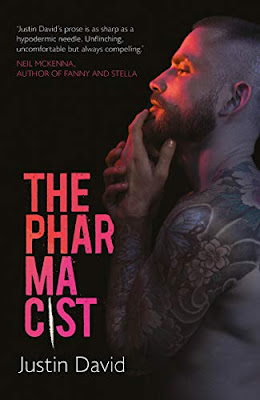 Twenty-four-year-old Billy is beautiful and sexy. Albert – The Pharmacist – is a compelling but damaged older man, and a veteran of London’s late ’90s club scene. After a chance meeting in the heart of the London’s East End, Billy is seduced into the sphere of Albert. An unconventional friendship develops, fuelled by Albert’s queer narratives and an endless supply of narcotics. Alive with the twilight times between day and night, consciousness and unconsciousness, the foundations of Billy’s life begin to irrevocably shift and crack, as he fast-tracks toward manhood. This story of lust, love and loss is homoerotic bildungsroman at its finest.

‘At the heart of David’s The Pharmacist is an oddly touching and bizarre love story, a modern day Harold and Maude set in the drugged-up world of pre-gentrification Shoreditch. The dialogue, especially, bristles with glorious life.’ ––– JONATHAN KEMP, author of London Triptych

A bit of a change from my usual reading and an enjoyable one.

Our story revolves around a love triangle. Billy is in a relationship with Jamie. Jamie is committed, Billy maybe less so. Enter Albert, the mysterious older man who lives upstairs. 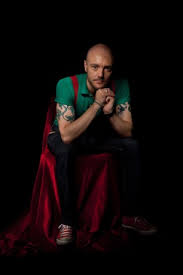 I enjoyed the portrayal of three people, all at different stages of their life, all wanting something that the others can't necessarily offer. With Billy he maybe doesn't yet know what it is that he craves and is experimenting and seeking and in doing so hurts his partner. With love there always appears to be an imbalance in the relationship between the partners - one is more needy, more in love, more committed, more invested than the other. When it breaks, probably more hurt. Its rarely an equal trade.

Lots to like here - the setting - Shoreditch, London, the gay scene, the characters and the drama of the final pages.