A couple this week from Preston Lang. 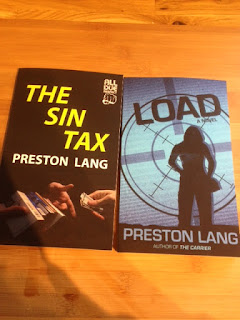 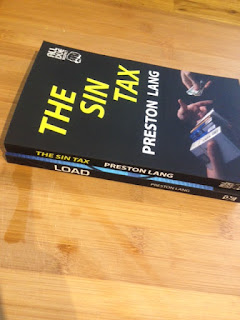 Preston Lang has penned half a dozen novels and also has a collection of short stories to his name.

Outlaws, outsiders, con men, grifters, smugglers, drug dealers - he writes about the kind of people I want to read about.

Load, The Sin Tax, Price Hike and This One is Trouble wait for me. 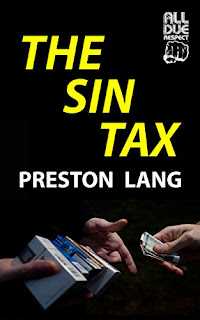 Everyone knows that cigarettes will kill you...

Mark works the overnight in a grimy deli in the Bronx, selling gray-market smokes and bad meat. His hot-headed manager Janet pushes him to help her con their boss into paying cash for a truck full of tax-free cigarettes. Soon he finds that Janet is willing to do nearly anything to grab the money, and what they're up to is a lot more dangerous than three packs a day. 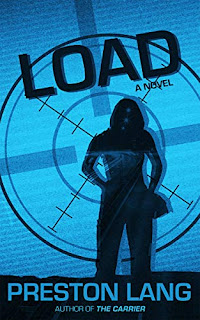 Ana Luz is a wily Iraq War vet, getting by working at a laundromat and doing the occasional favor for a neighborhood drug dealer called Espada. Her mysterious boyfriend Cyril convinces her to rip off Espada and sell the product to one of Cyril's old friends out in Iowa.

But the old friend isn't as reliable as he once was, and rather than a clean sale, Cyril and Ana Luz are forced to help move the drugs out west. But the customers are dangerous, the law is suspicious, and Espada doesn't appreciate being ripped off by a woman who fixing dryers for a living.

The result is a high-speed chase from the tenements of upper Manhattan to the flat heart of America. Ana Luz and Cyril find themselves pursued by corn-fed hustlers, Dominican gangsters, and some suspicious small-town cops. The couple will need all their cunning and muscle just to make one simple drug deal and come out alive.