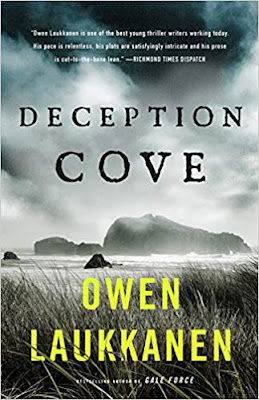 A rescue dog, an ex-Marine, and an ex-convict are caught in the crosshairs of a ruthless gang in remote Washington state, in this "first-rate thriller" (Associated Press) for "fans of CJ Box and Michael Koryta" (Booklist).

Former US Marine Jess Winslow reenters civilian life a new widow, with little more to her name than a falling-down house, a medical discharge for PTSD, and a loyal dog named Lucy. The only thing she actually cares about is that dog, a black-and-white pit bull mix who helps her cope with the devastating memories of her time in Afghanistan.

After fifteen years -- nearly half his life -- in state prison, Mason Burke owns one set of clothes, a wallet, and a photo of Lucy, the service dog he trained while behind bars. Seeking a fresh start, he sets out for Deception Cove, Washington, where the dog now lives.

As soon as Mason knocks on Jess's door, he finds himself in the middle of a standoff between the widow and the deputy county sheriff. When Jess's late husband piloted his final "fishing" expedition, he stole and stashed a valuable package from his drug dealer associates. Now the package is gone, and the sheriff's department has seized Jess's dearest possession-her dog. Unless Jess turns over the missing goods, Lucy will be destroyed.

The last thing Mason wants is to be dragged back into the criminal world. The last thing Jess wants is to trust a stranger. But neither of them can leave a friend, the only good thing in either of their lives, in danger. To rescue Lucy, they'll have to forge an uneasy alliance. And to avoid becoming collateral damage in someone else's private war, they have to fight back -- and find a way to conquer their doubts and fears.

All the prime ingredients here for an explosive read.

An ex-convict, a PTSD suffering ex-Marine, widowed to boot, a kidnapped companion dog and a cabal of crooked local cops involved in drug running.

Mason - the ex-con has done one good thing in his life. He trained Lucy, a companion dog for a service veteran. He gets wind of the dog's imminent demise after she attacked an officer of the law. El pronto he heads to Deception Cove to try and save her.

Jess is Lucy's owner. She's damaged, grieving, and in dispute with the local cops. Her dead husband has ripped them off and they want their missing parcel back, or they themselves will be feeling the blunt end of the stick from the next level up in the drug cartel they've been working for.

The cops came a calling and Lucy got protective, threatening to the bite the asshole of their asshole chief. He's now being held as leverage for the return of the drugs about which she knows nothing - the initial transaction and her husband's subsequent death happening while she was away with the military. Jess with her companion gone is feeling more isolated than ever.

I really enjoyed this one. I enjoyed the set-up and the development of a relationship between Jess and Mason. Hostility and frost from Jess slowly thawing as Mason gradually proves himself to be worthy of her friendship, both of them trying to save their dog's life.

I liked the initial feeling out of the players. Mason the stranger in town, the first meeting with Jess, the first meeting with the cops, the bar visit trawling for information, getting run out of town, running straight back in again, their alliance, the desperation of the police to get out from under, the bully boy tactics, the quirky minor characters - each with a role to play to advance the tale. Lots to like, quite busy, but never confusing.

Small town corruption, dodgy cops, drug operations, other small town low lifes, run-ins, threats, intimidation, fear, a Mr Fix-it, a death to focus the mind, arson, an ally or two, a boat trip, a confrontation, the dusting off of some military skills, an island battle and an outcome.

Plot - tick - conflict a good vs evil battle in a nutshell. 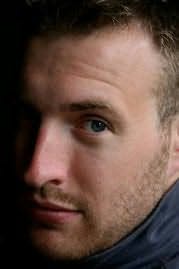 Pace - tick. Fast-moving, but never rushed. Time taken to develop the characters and events without losing any urgency.

Resolution - tick. Bang on. They all lived happily ever after - not quite everyone, but ok for the ones that mattered - satisfying!

Deception Cove was my first time reading Owen Laukkanen, but not my last. Just as well really as I have a few more from him on the pile.