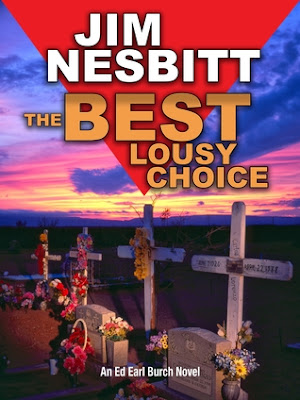 Dallas private eye Ed Earl Burch is an emotional wreck, living on the edge of madness, hosing down the nightmares of his last case with bourbon and Percodan, dreading the next onslaught of demons that haunt his days and nights, including a one-eyed dead man who still wants to carve out his heart and eat it.

Burch is also a walking contradiction. Steady and relentless when working a case. Tormented and unbalanced when idle. He’s deeply in debt to a shyster lawyer who forces him to take the type of case he loathes -- divorce work, peephole creeping to get dirt on a wayward husband.

Work with no honor. Work that reminds him of how far he’s fallen since he lost the gold shield of a Dallas homicide detective. Work in the stark, harsh badlands of West Texas, the border country where he almost got killed and his nightmares began.

What he longs for is the clarity and sense of purpose he had when he carried that gold shield and chased killers for a living. The adrenaline spike of the showdown. Smoke ‘em or cuff ‘em. Justice served -- by his .45 or a judge and jury.

When a rich rancher and war hero is killed in a suspicious barn fire, the rancher’s outlaw cousin hires Burch to investigate a death the county sheriff is reluctant to touch.

Seems a lot of folks had reason for wanting the rancher dead -- the local narco who has the sheriff on his payroll; some ruthless Houston developers who want the rancher’s land; maybe his own daughter. Maybe the outlaw cousin who hired Burch.

Thrilled to be a manhunter again, Burch ignores these red flags, forgetting something he once knew by heart.

Be careful what you wish for. You just might get it. And it might just get you killed.

But it’s the best lousy choice Ed Earl Burch is ever going to get.

The Best Lousy Choice is the third in author's Jim Nesbitt's Earl Burch series and my first time in his company.

Ex-cop PI, West Texas setting, a dead rancher and plenty who fancied him that way. Earl Burch stops peeping through motel windows to dig into the death at the behest of the dead rancher's dodgy cousin.

I quite liked this one. We have a damaged PI - a familiar trope, tough, prone to nightmares and flashbacks from when he lost his partner, likes a drink or two, enjoys the company of ladies, and has a head for bullshit when investigating. Burch is hard-headed and not too much of a diplomat which lands him in hot waters once or twice with the authorities during the course of the book.

It's quite a complicated book with a fair few characters involved in our story. That said I never lost track of anyone during the course of the investigation, but it wasn't a quick read. I had to concentrate and pay attention, which is no bad thing.

I liked the West Texas setting, the harsh terrain and scorching weather, the lifestyles and cuisine and culture, the blend of Hispanic and Anglo. Fair to say I'm happy to enjoy it at a distance - namely in my reading. Nesbitt hasn't made me want to google flights and Airbnb.

I enjoyed Burch's investigation - the conflicts, the confrontations, the interviews, the dangers and eventually a resolution. I liked his doggedness, his integrity and his cussedness. Definitely someone I whose company I wouldn't mind spending more time with in future. 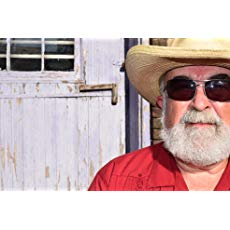