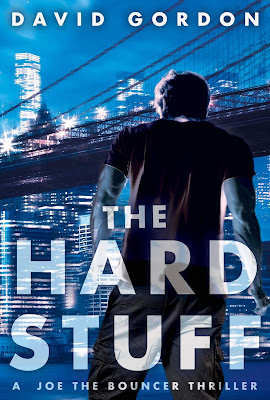 Ex-black-ops-specialist-turned-strip-club-bouncer Joe Brody has a new qualification to add to his resume: an alliance of New York City's mob bosses has deemed him its "sheriff." In the straight world, when you "see something" you "say something" to the law. In the bent world, they call Joe.

Still reeling from a particularly difficult operation, and having plummeted back into the drug and alcohol addiction that got him kicked out of the military, Joe has just managed to detox at the clinic of a Chinese herbalist when the mob bosses phone: they need Joe to help them swindle a group of opioid dealers (of all things). But these are no typical drug-ferrying gangsters.

On the face of it, this has all the elements that appeal to me in a book....... a New York setting, outlaws/criminal sorts, a bouncer with a past and a skill set, an alliance of wrong-doers, a plan for a diamond heist, with a few million dollars worth of Persian heroin thrown in, the involvement of some Al-Qaeda types, a former Russian gymnast turned thief, and a history between the main man Joe and a female FBI agent - Donna - their paths crossing during the course of the novel.

It reads well. No awkward clunky passages or descriptions. Most of the characters are familiar from the Gordon's earlier book, The Bouncer. The plot is a bit of a stretch but not one that requires too much suspension of disbelief. There's action, pace, humour, some cleverness in the execution of various thefts and a well worked outcome. There's just a missing ingredient.

I don't think I ever really cared for the main character and because of that my investment in the book and events was less than whole-hearted. Too harsh to say I was dis-interested just maybe a sort of read where you're wondering what's for tea and what are we doing tonight and do I need to take the kids anywhere later?

On display we have friendship, loyalty, trust and trust issues, betrayal, marital disharmony, extended family, love, fleeting elements of unrealised sexual chemistry, law enforcement, organised crime, terrorists on a fund-raising campaign and a band of villains trying to get away with it. 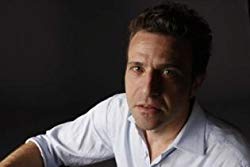 I've read worse, but I didn't love it.