A couple from Tony Hillerman and his long-running detective series featuring Jim Chee and Joe Longhorn. 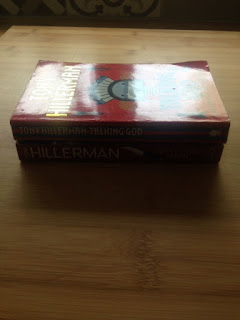 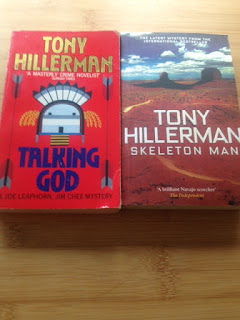 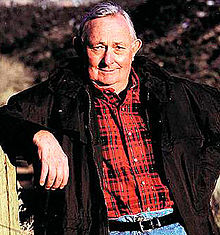 I first encountered Hillerman's work in the late 80s/early 90s and was intrigued by the back drop of Native American Navajo culture and the Arizona setting. Sad to say I haven't picked one of Hillerman's books up for a long time.

Hillerman commenced the series with The Blessing Way published in 1970. The eighteenth book was The Shape Shifter which dropped in 2006, two years before the author's death at the age of 83.

His daughter Anne has continued with the series, contributing five further books. 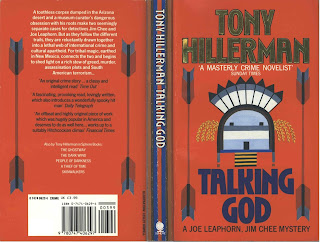 A toothless corpse dumped in the Arizona desert and a museum curator's dangerous obsession with his roots make two seemingly separate cases for detectives Jim Chee and Joe Leaphorn. But as they follow the different trails, they are reluctantly drawn together into a lethal web of international crime and cultural apartheid. For tribal magic, earthed in New Mexico, connects the two and begins to shed light on a rich stew of greed, murder, assassination plots and South American terrorism...

"An original crime story ... a classy and intelligent read" Time Out 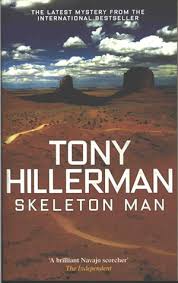 Former Navajo Tribal Police Lieutenant Joe Leaphorn comes out of retirement to help investigate what seems to be a trading post robbery. The simpleminded boy nailed for the crime needs help, and Chee and his fiancee, Bernie Manuelito, decide to provide it.

The key to proving the boy's innocence lies in a horrific airline disaster that occurred fifty years ago. Amongst the cliffs of the Grand Canyon lie the remains of a passenger who had handcuffed to his wrist an attache case filled with a fortune in diamonds - one of which has turned up in the robbery.

But with Hillerman it's never that simple. More people are searching for the body, and some are willing to kill to lay their hands upon the precious cache. Culminating deep in the canyon during a thunderous monsoon, it's a race to the finish to see who will survive, who will be brought to justice and who will finally unearth the Skeleton Man.
Posted by col2910 at 23:37