Half a dozen crime dogs from the collection and a bit of a hike around the globe - Canada, Scotland, Australia, France, the USA and Mexico, courtesy of Michael J. Malone, Henry Brock, Don Winslow, Peter Temple, Georges Simenon and Iain Levison......


Tipped off to this one courtesy of Paul D. Brazill, three years on still not read it. Would be a nice fit for my current ongoing Canadian crime reading challenge.

Derek Lasker may consider himself a private investigator, but he
hasn't worked in months. He lives in a fleabag motel and spends his
days wondering how his life became such a complete disaster. He is
shocked when his mobile phone rings with an offer of a case.

Within twenty minutes Derek is meeting with Bob Linehan Sr., who found
a headless cat in his backyard. He believes his potentially psychotic
teenaged son, Bob Jr., killed it. He wants Derek to follow Bob Jr.
and make sure he doesn't commit worse crimes. Despite the risk that
emerges when Bob Sr. admits that his son has a closet full of knives,
Derek takes the job with an eye on the money.

The case takes a grisly turn when a cat head with a human tongue in
its mouth is found on a stake in front of Bob Jr.'s high school. The
story becomes front page news. The Humane Society offers a $10,000
reward for the arrest and conviction of the person who committed this
act, and this gives Derek even more incentive to crack the case.

However, Derek is out of practice and has his eye on the wrong
psychopath. The mistake will cost him.

Vicious Dogs is a fast-paced novel with an nail-biting ending.

A bit of Scottish crime and the second from Malone featuring Kenny O'Neill, after the earlier Beyond the Rage. I've not read anything from Malone yet.

Kenny O Neill, a villain with a conscience, returns in a hard-hitting thriller of exploitation, corruption and criminal gangs. When Kenny s cousin, Ian, comes to the aid of a fellow ex-squaddie in a heap of trouble, he gets caught up in the vicious underground fight scene, where callous criminals prey on the vulnerable, damaged and homeless. With Ian in too deep to escape, Kenny has no option other than to infiltrate the gang for the sake of his family. Kenny is an experienced MMA fighter, as tough as they come, but has he found himself in the one fight he can never win?


A bit of Aussie crime from the recently departed Peter Temple. White Dog is the fourth in his Jack Irish series. I've enjoyed a few from Temple over the years - The Broken Shore and more recently An Iron Rose.

Sarah Longmore's apartment was in Kensington, on the rough edge, near the Dynon railyards in a cracked and potholed dead-end street with unpaved verges, weeds battling to survive. Just before a six-metre corrugated iron wall, I turned into a small cinder yard. A yellow Ford ute, better days seen, had its blistered nose to a building - partly brick, partly cinder-block, partly rusted tin. I parked the Lark next to the ute, switched off the wipers, sat listening to the engine note. Jack Irish - gambler, cook and cabinetmaker, finder of people who don't want to be found - has a new job, hunting for evidence that might save the beautiful sculptor Sarah Longmore from going down for murder. Jack soon discovers there was nothing straightforward about Mickey Franklin's death, and between the case and his own dealings with dodgy racehorses, falls headlong into a world of shady deals, sexual secrets and country rednecks.


An early Maigret novel from Simenon. I've still only read one of his - Maigret's Dead Man

The small French town of Concarneau is a summer resort. In winter it becomes the deserted, rainswept scene for a series of murder attempts that attract the interest of Maigret. While his assistant Leroy uses "science" and "deductions" to trace the murderer, Maigret's instincts unerringly guide him to the real killer past a labyrinth of fascinating characters: a paranoid failed medical doctor turned real-estate shark; a passive, working class waitress whose heart secretly burns a torch of passion; an aristocratic politician who pressures Maigret to "make some arrests"; and a snarling stray dog that knows the murderer's real identity.


Another unread Scottish author. His other two books - How to Rob an Armored Car and Since the Layoffs also sit ignored on the TBR pile.

Philip Dixon is down on his luck. An escape from a lucrative but botched bank robbery lands him bleeding and on the verge of collapse in a college town in New Hampshire. How can he find a place to hide out in this innocent setting? Peering into the window of the nearest house, he sees a glimmer of hope: a man in his mid-thirties, obviously some kind of academic, is rolling around on the living room floor with an attractive high-school student. Professor Elias White is then blackmailed into harboring a dangerous fugitive, as Dixon - with a cool quarter-million in his bag and dreams of Canada in his head - gets ready for the last phase of his escape.

But the last phase is always the hardest. Attractive and persistent FBI agent Denise Lupo is on his trail. As for Elias White, his surprising transition from respected academic to willing accomplice poses a ruthless threat that Dixon would be foolish to underestimate.

The first in Winslow's three book Power of the Dog series. None of which have been read. The Cartel (2015) and The Border (2019) - complete the set.

Don Winslow's masterpiece is not only a page-turning thriller but also a rich and compelling novel about a very mixed group of characters, each in his or her own way seeking some sort of salvation or redemption. The plot is essentially simple: how the US government and some of its quasi-autonomous agencies (CIA, FBI, DEA) all for their own reasons encouraged, sponsored and actively financed and helped the development of the drug cartels and their trade in Mexico. Groups of characters - a young Chicano boy from the Barrio who makes good and becomes a Senator (and who is the target of an assassination plot that tops and tails the book); a morally troubled DEA boss who tries to do good, but who is driven by events and by a desire both for salvation and revenge to sleep with the devil; and the various gang leaders, some of them psychopathic, others urbane, civilised and deadly; a high-class prostitute; and a charismatic Catholic priest who is dedicated to the improvement of the lives of his people. 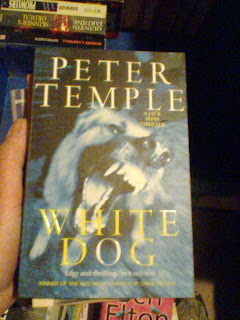 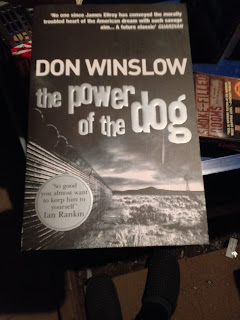 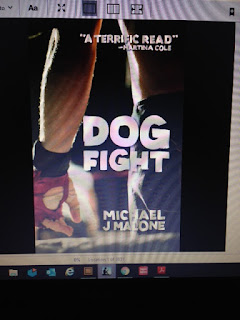 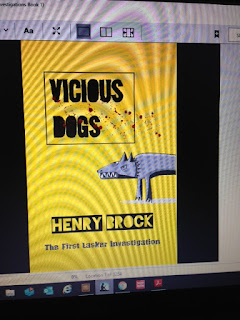 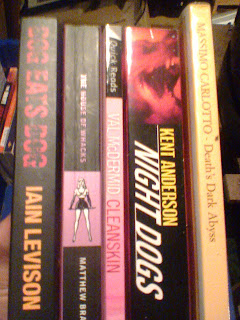 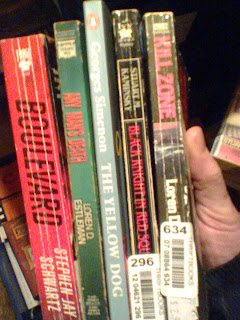