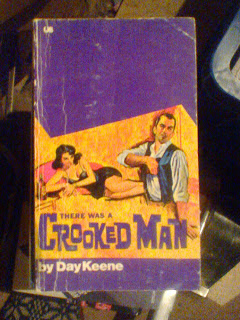 THERE WAS A CROOKED MAN

According to a few comments over on Goodreads this isn't one of Keene's better books and if I'm being honest it wasn't great.

Haines City, late 30's and Clay Burgess is an honest cop. The chief of Police and the DA, enlist Clay to make the regular collections from the bars, clubs and cathouses - the envelopes stuffed with cash and dropped in the bag - all the cost of doing business and oiling the machine in this small town.

It's initially a slow fall from grace. Burgess married, madly in love and wanting to please his wife, trades up his one bed apartment for a house he can't afford. He becomes resentful of his bosses, jealous of the jewels flaunted around the neck of the DA's wife, tired of fixing events for the drunken police chief, all to keep the wheels of the town turning. He changes and becomes just another pig at the trough, taking more than his share from the bag.

Twelve years later, the carnival comes to town and our unfinished business gets concluded.

I quite liked the depiction of how Burgess turned and his simple life morphed out of control. I enjoyed his journey and the erosion of his morals, turning himself into the kind of person he initially despised. I was less convinced by his adultery as he was always doing everything for his wife. It did serve a purpose as far as helping the plot along.

I was less enamoured by the twelve years later thing which didn't really work for me. It was a bit weak in my opinion; almost an afterthought, as if the author had written himself into a hole, got bored with Burgess and the book and didn't know where to take his tale.

Not one that will live too long in the memory, though it was far from the worst book I've ever read. I certainly haven't been put off from reading him again. 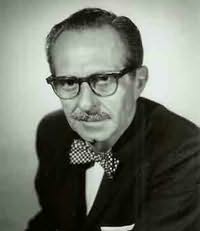 Day Keene wrote about forty books in a career spanning the late 40s to the late 60s. He died in 1969. There's a couple more of his better regarded books on the shelves.