Carl Hiaasen has written some of the funniest mystery books I've ever read. I can't recall too much about this one which is the fourth Skink book and I'm not sure if it tops Tourist Season in belly laughs - unlikely but I reckon it's well worth a re-read - which is why I've kept my copy - someday soon


My one and only Skipper book in the collection and it looks like a tasty one......

Tuesday Price is a wiseass, a boozer, and a loser. Only his wife Linda recalls a smarter, better man, and she's losing faith in that man's return. When Tuesday befriends a strange, silent Vietnam vet who eternally sits with a cooler of beer in a disabled pickup, Linda's had enough. At her departure, Tuesday is left with only his new friend as a companion - until the old vet is found dead, and Tuesday is blamed. Alone and haunted by regret, Tuesday's daily life deteriorates until he must unearth his sordid past to reach a worthwhile future. But his past is a tangle of murder, deceit, and abandonment for which his only punishment has been self-inflicted. In order to reclaim all that has been lost, he returns to his deserted childhood home and, with hammer and nails, rebuilds the sagging structure, reassembling a history quite different than the one he'd believed while finding the future not at all what he'd expected.


Philip Reed wrote a couple of books featuring Harold Dodge. This one was followed by Low Rider. I've read neither of them yet. I did enjoy Off and Running a few years back.


With more twists than an L.A. freeway, Philip Reed guides you on a lethal joyride you won't forget...
Harold Dodge, pushing fifty, is a good man. But in a less-than-perfect world -- that is, Los Angeles -- good men sometimes have to do bad things. Just about everyone in the City of Angels has a hard luck story, but when it comes to bad breaks, Harold is rewriting the book.

Now he's in a friend's car -- and in a spot. A pair of hired repo men in a stolen Buick are trying to run him off the freeway and into an early grave. But the cops pull him over first -- a blessing, except for one little thing. Harold's got a dead body in the trunk. That's when his luck takes a turn...for the worse.

It all started because Harold has a weakness for killer legs. And when Marianna Perado in her spike heels asks him to help her "unwind" a rip-off deal at Joe Covo's dealership, where Harold once bird-dogged suckers into buying used cars, he jumps... and lands in a cesspool of corruption.

Harold lives for women and cars -- he just never figured on dying for them. Now he has to add up a pack of lies and hope a scrap of truth comes out in the equation. But Harold lives in a city where everyone's working a hustle, where the only question is who's hustling you. The Santa Ana winds are blowing, and Harold Dodge is feeling the heat.

The second in Henning Mankell's well regarded Kurt Wallander series. I read the first but can recall jack about it. I've not read anything Scandi for a while so it might be a good place to re-acquaint myself

It is winter, 1991. Inspector Kurt Wallander's team at the Ystad police station face a new challenge: two corpses, frozen together in a gruesome embrace, have been washed ashore on the remote Swedish coastline. The dead men were Eastern European criminals, but what looks like a gangland hit takes on a much more sinister aspect when Wallander travels across the Baltic Sea to Latvia, a nation in the throws of the massive upheaval that will lead to its independence from the Soviet Union. Wallander is thrown into an icy, alien world of police surveillance, veiled threats and lies, coming to understand what it is to live in a nation in which democracy is still a dream. Only his dogged, almost subconscious desire to see justice done will lead him to the shadowy figures he pursues.


I can't actually remember what Ross Thomas books I've read but whatever ones they were they were over 10 years ago, as I only started recording my reads back in 2010. I've always had a passing fascination for unsolved 70s mysteries, for example Lord Lucan or Sean Flynn. Jimmy Hoffa's vanishing act also fits the bill. I wonder if Thomas was cashing in? The Teamster's President went missing in 1975. I guess so.

Former political campaign manager Harvey Longmire is enjoying a pleasant semi-retirment with his wife on an 80 acre farm in Virginia when he is visited by two old friends. They are working for a millionaire who has set up a foundation to investigate conspiracies and want to hire Longmire to look into the disappearance of a famous union leader. When Longmire accepts the job, he and the reader are of on the danmdest adventure of conspiracy and murder ever.


I freaking loved Thomas Perry's The Butcher's Boy which has me questioning why I have still not yet read the second book in the series - Sleeping Dogs. I have enjoyed Perry's work on and off over the years, those his most recent offering The Burglar wasn't his best.

A tour-de-force novel of suspense by the Edgar-winning author of The Butcher's Boy. He came to England to rest. He used to be the Butcher's Boy, the highly skilled mob hit man. Now, after a decade, they've found him. The Butcher's Boy escapes back to the States with more reasons to kill. Until the odds turn terrifyingly against him. 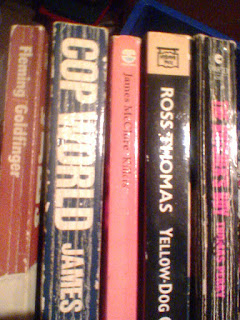 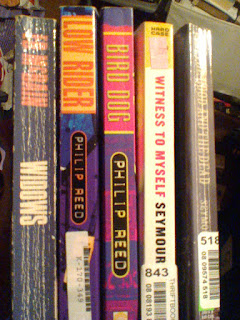 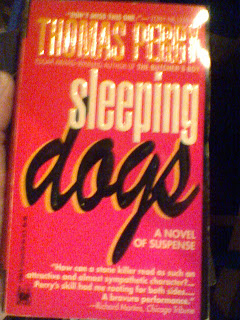 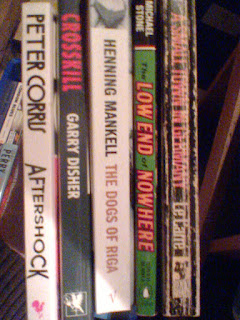 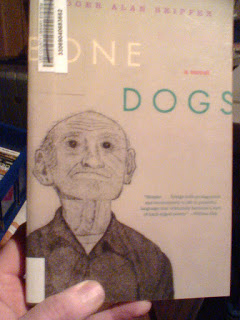 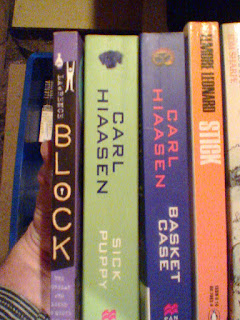