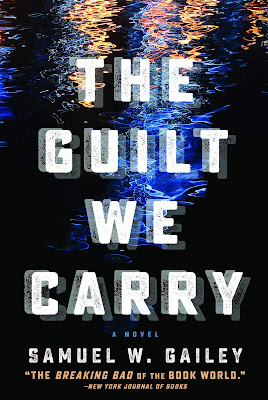 Perfect for readers of The Girl on the Train and Winter’s Bone, Publishers Weekly praises The Guilt We Carry as “a gripping tale of redemption” and New York Journal of Books declares it “the Breaking Bad of the book world.”

Since the tragic accident that brutally ended her childhood, Alice O’Farrell has been haunted by her past. Unable to bear the guilt of negligence that led to the death of her younger brother, fifteen-year-old Alice runs away from home. She lives on the streets, makes one bad decision after another, and drowns her guilt in alcohol. But, everything changes when she stumbles upon a startling scene: a dead drug dealer and a duffel bag full of ninety-one thousand dollars in cash. Recognizing this as an opportunity for a fresh start, Alice takes the money and runs. However, she soon finds herself fleeing from more than her own past—the dead dealer’s drug supplier wants his money back and will destroy her to get it. A merciless manhunt ensues, headed by Sinclair—a formidable opponent—relentless, shrewd, and brutal. As blood is spilled all around her, Alice is eventually faced with her day of reckoning. In the end, The Guilt We Carry is a story about redemption and forgiveness, but at what cost?

Bad choices, followed by more bad choices and superseded by a monumentally stupid decision. Alice wakes up next to a dead bar owner/drug dealer after being roofied by him. She hopes, otherwise its another indication of how low she has fallen.

Shortly after, there's a violent encounter between the dead dealer's bag men and some cops, leaving Alice surrounded by five corpses and holding a big bag of cash. Soon she's running again, only this time she will be pursued with a bit more diligence and doggedness than the efforts her family put into finding her after she ran away from them.

This poor night and crappy day is the culmination of five or six years of running, drinking, more drinking and more running, moving from town to town, dead end jobs, rough sleeping, seeking solace in the bottom of a bottle or three, and trying to escape the guilt she carries over the death of her four year old brother when she was looking after him.

Engaging, interesting, fast moving. I was sucked in by the story and events as they unfolded. There's a flip flopping narrative between present day and the past, with the tragedy that befell Jason (the dead brother), Alice and her parents. We view the incident, the aftermath and her inability to face her parents any longer.

While reading I was obviously rooting for Alice. There's a concern and sympathy for her predicament. She's trying to escape her guilt through alcohol. She has moments of clarity and is mostly functioning, but the lure of the bottle draws her back every time and that's when she's most vulnerable. She's headed back to the one place she felt safe, but she's been careless and left a trail.

Pursuit by a strange pairing, with the back story of the main villain fleshed out as we go along, an intervention, a travelling companion, another sorry saga, double trouble, a destination, more peril, a re-union, sanctuary, temporary peace before a confrontation and a violent climax.

I really liked this one. I enjoyed the journey, the present day running and the pursuit, the encounters along the way and how it all turned out. I pondered the predicament she faced - guilt, shame, an inability to forgive one's self, all a heavy burden loaded onto her at a vulnerable age when life skills, experience, maturity have yet to be acquired. 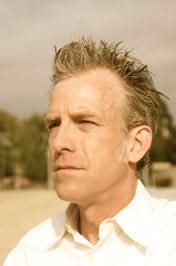 I was pleased as punch with myself, as I guessed the outcome probably 10 pages before we got to it. I think calling it right added to the buzz as opposed to detracting from it.

Samuel W. Gailey's debut novel Deep Winter sits on the TBR pile, but will be bumped a bit closer to the top after reading this one.