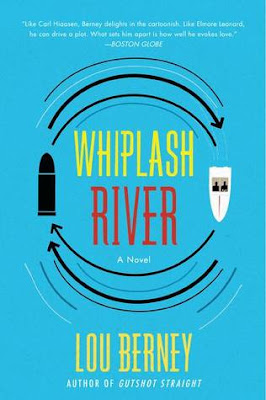 Having left his life of crime behind, former getaway driver Charles "Shake" Bouchon has finally realized the dream of owning his own restaurant in Belize. Unfortunately, to do so he's had to go deep in debt to a murderous local drug lord named Baby Jesus. And when Shake thwarts an attempted hit on an elderly customer named Quinn, things go from bad to worse.

Next thing Shake knows, his restaurant's gone up in flames and he's on the run from Baby Jesus, two freelance assassins, and a beautiful but ferocious FBI agent. Out of options, Shake has to turn to the mysterious Quinn for help. Suddenly Shake's up to his neck in a dangerous score that he'll never pull off unless he can convince an even more dangerous ex-girlfriend to join him.

Another mid-2016 read and my second time with author Lou Berney and his retired Armenian wheelman Shake Bouchon. Gutshot Straight introduced me to the character and was one of my favourite reads of 2012.

In Whiplash River, Shake returns and is trying to go straight. Needless to say things quickly get complicated. He owns a restaurant and he owes money. He saves the life of a customer in the restaurant, an old guy named Quinn, who was regaling him with tales of dark deeds in South America.

Shake’s restaurant subsequently gets burned down and this time he is the target. Before long Shake is involved in a caper in Egypt, dreamed up by the mysterious Quinn and involving his ex-lover Gina.

The book had the right combination of ingredients that I enjoy in my reading…..an interesting but somewhat unlucky protagonist - one with a chequered past and in a tight pinch; a bit of a love interest, but as it’s a former rather than a current beau there’s plenty of scope for tension and humour; a couple of hitmen; a drug-boss money lender; a mysterious figure with a shady past, one who you aren’t quite sure if he’s a serial fantasist or if he has lived the life and the seemingly tall tales of derring-do are genuine; the FBI in pursuit and a proposal for a crime which if it can be pulled off might offer a get out of jail free card.

Enjoyable but not as memorable as the first. 12 months down the line, I can’t actually recall what they went to Egypt to do, but that’s fine. Not every book I read has to remain seared in my memory banks for ever.

Enjoyable, entertaining, nothing else I wanted to be reading once I got stuck into this one. 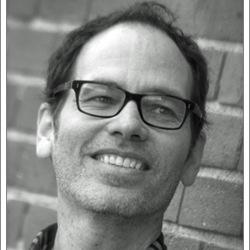 I have another Berney book on the pile – The Long and Faraway Gone, a novel which doesn’t feature Shake Bouchon and apparently won a few awards - an Edgar, an Anthony, a Barry, a Macavity.