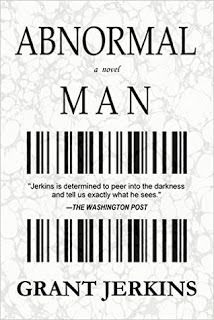 Chaos? Or fate? What brought you here? Were the choices yours, or did something outside of you conspire to bring you to this place? Because out in the woods, in a box buried in the ground, there is a little girl who has no hope of seeing the moon tonight. The moon has forsaken her. Because of you.

"There is some dark magic in this one. I mean, really dark. Like whittle-my-bones-to-a-bloody-point dark. Jerkins calmly, unflinchingly goes about his business of crafting some troubled yet sympathetic characters who are in dire straits. That he manages to make these characters sympathetic, their problems understandable, is impressive and prompts the reader to consider the justice in violence. But despite the skill of its execution … I must pass." — HarperCollins, Acquisitions Editor

A 4 star read from last November, which I have to think says I enjoyed it.

Eight or nine months down the road, I’m scratching my head. I’ve read the blurb. I’ve skim read the 20 plus positive Amazon.com reviews and I can’t recall anything about it. So a totally forgettable book in other words. Or one so dark and disturbing I’ve suppressed all thoughts of it from my memory. Or more likely I’m getting old and forgetful and I read too many books to remember them all.

I’ve re-read the first couple of pages and still I’m groping in the dark.

Some more then….50 pages…WTF – how could I forget this?

Billy Smith, a disturbed teenager, alone and friendless, an unhealthy obsession with the moon and a propensity for starting small fires and getting himself aroused in the restroom at school. A difficult home life - a mother dead from cancer and a vicious, vindictive step-father and an unlikely saviour in the form of Frank, a one-legged ex-con, short order cook and possibly his only friend.

Frank loves popping pills and he loves, maybe not loves but has a capacity and capability for extreme violence. Just ask Sid. Sid was hustling Billy at the diner and Frank intervened. Sid’s arm was fed into the waste disposal unit in the kitchen and he passed out. How thoughtful of Frank to revive him, albeit by dragging his face across the hot grill.

It might be just be a good time for the pair of them to go on a road trip. Visit Billy’s home and collect some belongings on the way. Maybe deal with that piece of trash step-father and then hit the road. A visit to Frank’s out-of-the-way friend Chandler to lay low for a while might be just the ticket.

Chandler is not a nice man. Chandler is a pedophile. Chandler has a plan and Frank (a former plaything of Chandler’s) is supple and compliant. Billy is powerless and is in way, way over his head.

From the structure of the book, we know from the start that things will not end well ultimately for Billy, but it’s an impressive journey that Grant Jerkins takes us on. Throughout you empathise with Billy, you feel his pain, his loneliness and solitude, his disassociation from the normal and every day. His one slight connection with a lady at school who cares and tries to swim against the tide and rescue Billy as much from himself as from his circumstances. You feel events spiralling out of control and you watch helpless as he gets swallowed up by individuals and a system far more potent than him.

Frank despite his propensity for violence I liked. He kind of dispenses a street justice on those that he feels wrong him. Chandler is despicable and abhorrent.

Not a pleasant book, but an engrossing and compelling read. A peek behind the curtains at the dark side of human nature. I wasn’t necessarily shocked at the tone of the book. Jerkins kind of displays the darkness matter-of-factly without glorying in it. Not too much compassion or kindness on display here. A measure of understanding maybe. Raw and hard-hitting. Surprised at my book amnesia, all things considered. 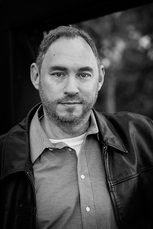 Definitely not a book for everyone – approach with caution!