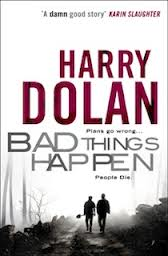 The man who calls himself DAVID LOOGAN is hoping to escape a violent past by leading a quiet, anonymous life in Ann Arbor, Michigan. But his solitude is broken when he finds himself drawn into a friendship with Tom Kristoll, publisher of the mystery magazine Gray Streets -- and into an affair with Laura, Tom's sleek blond wife. When Tom offers him a job as an editor, Loogan sees no harm in accepting. What he doesn't realize is that the stories in Gray Streets tend to follow a simple formula: Plans go wrong. Bad things happen. People die.

ELIZABETH WAISHKEY is the most talented detective in the Ann Arbor Police Department. But when Tom Kristoll turns up dead, she doesn't know quite what to make of David Loogan. Is he a killer, or an ally who might help her find the truth? As more deaths start mounting up -- some of them echoing stories published in the magazine -- it's up to Elizabeth to solve both the murders and the mystery of Loogan himself.

A book both my wife and I read and enjoyed while soaking up some sunshine last year in Spain.
A long time posting a few thought on the book then.

Man A meets another man - call him Man B, gets offered a job. Takes it, starts sleeping with his employer's wife and before too long his employer, Man B is dead.

Our Man A starts looking into the murder and has a few mystery authors for suspects, seeing as his job is working for a mystery magazine. Man A has a secret past and a previous identity.

The police are obviously involved in a proper investigation into the crime and we have some involvement and cooperation between the lead detective and our Man B - David Loogan.

Enjoyable and entertaining without lifting off the roof. Call me an old prude, but I kind of disliked both Loogan and his dead employer's wife for doing the dirty on him. As the book unfolded my feelings towards him mellowed and I quite liked him by the conclusion.

There are a few twists and turns and a fair bit of ratcheted tension before we reach the end of the road. I kind of switched between suspects trying to guess the guilty party as I read. A year on, I can't actually recall too much about the killer's identity, but so what.

Did I enjoy it when I read it? Did I like the main characters? Was there enough action to keep me engaged? Was it believable? Was it annoying? Was I counting down the pages until I got to the end? Was it satisfying? Would I read more from the author? Best book ever ?

The book deserves better than my semi-coherent ramblings. 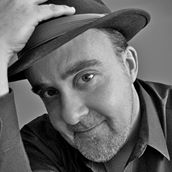 Bad Things Happen is Harry Dolan's debut novel and introduces David Loogan a character who appears in the two subsequent books from Dolan - Very Bad Men and The Last Dead Girl. The Last Dead Girl is a prequel.