QUESTIONS AND ANSWERS WITH TONY BLACK 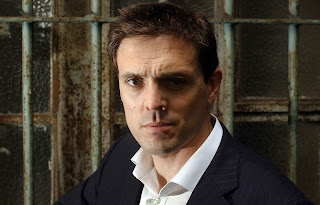 I believe the writing is full time, you have a career as a journalist as well as being a prolific novelist (about a dozen books in the past nine years), which field do you enjoy working in the most?

Definitely writing fiction, it was always about the novels for me.

When working on a book what’s your typical writing schedule?

It's really all a matter of when I can get to work, until the deadline starts to loom and then I don't stop.

Are you a plotter your books or make them up as you go along? Does the end result usually differ greatly from how you envisaged a book at the start?

A bit of both. The crime books definitely have much more pre-plotting but I always keep my options open. The end result, and funnily enough the end, always seems to alter along the way.


Bay of Martyrs, your latest is a co-authored book with Matt Neal, how was it conceived?

Over many beer-fuelled chats along the lines of 'we should really write a book together'.

How long did it take from conception to birth and the publication of the book?

Not that long, all within a year maybe.

I kind of think it must be difficult enough writing and creating something on your own, a collaboration seems to me to be twice as hard?

I wouldn't recommend it for two strangers, but I've known Matt for many years, we've worked together and understand each other. I could see there being difficulties if all that wasn't in place, but nah, we cruised it.

I have an overly simplistic thought in my head that you write one chapter, Matt writes the next, you write the third, back and forth etc - kind of thinking “what hole has he left me in now”…….no doubt it’s absolutely nothing like that – how did it work?

We brainstormed the concept, mapped it all out, Matt did the first draft and I did the second. There was a lot of re-drafting and re-writing after that, especially during the editing process but it was really very smooth.

I think so, yes. I know I was and I haven't heard any complaints from Matt.

Will you be doing it again, will we see a second collaboration and a return of Clay Moloney?

Yes, we've a two book deal and we're well on with The Cutting.

Back to your own output – five Gus Drury books, a couple of Rob Brennans, three Bob Valentines – all PIs and Policemen, have you finished with these characters or is there more to come from them all?

It's only four Gus Dury books and a couple of long short stories. I'm doing another one right now, so Gus will be back soon. There's another Valentine book due next year too and I'd like to do another Brennan but it's all about finding the time.

Anything coming from the other side of the tracks, from an outlaw’s perspective?

I loved writing RIP Robbie Silva and The Ringer but they were really just novellas, if I could, again, find the time, I'd love to do another, lengthier novel from that perspective. I have a great one with a female protagonist mapped out, I've even managed to get a few chapters written, but it's been hamstrung by all the stuff I'm actually contracted to write.

You’ve also written a couple of non-crime novels relatively recently, one a historical book – The Last Tiger - is that what you see yourself writing more of in the future?

Short answer, yes. His Father's Son and The Last Tiger had great responses and I still get emails from people who really identified with those stories and characters, which isn't something you get that often with murder mysteries. I'd like to do more, perhaps when the demand for crime dries up.

I'm working on the new Gus Dury and the new Bob Valentine right now. They're both pretty well on, I'm just waiting for one to hit critical mass and then start dominating all of my time.

Barry Graham. He's a Scottish author with a great back-list of incredible books. The Book of Man, by Graham, is one of my all-time favourite books.

Hanging out with my son. He gets all my free time and I have no complaints there.

The last film I can remember watching was Despicable Me 3. There's an 80s vibe running through it, which suited me to a tee. 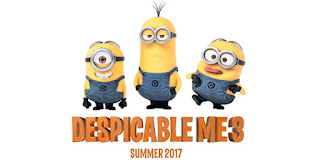 In a couple of years’ time……. I'll still be here, hitting those word counts.

Mr Black is a hard man to keep up with - see below for a full list of his books courtesy of Fantastic Fiction website - something for everyone!