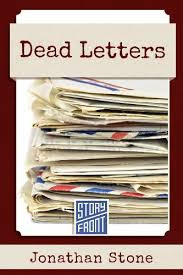 The US mail is rarely a matter of life and death. And the Postal Police sit on the lowest rung of the law enforcement ladder. Real cops make fun of them. Cases generally amount to little more than crimes against mailboxes and bungled counterfeit attempts. But when an investigation leads partners Marcie and Schottsie to the post office’s dead letter section—the deadest beat of all—what they discover propels them into a very live world of drug cartels, smuggling, and shoot-outs. Finally they face real action. Can they handle it?

A short November read from last year - 30 pages long and obviously an effort on my part to pad and inflate the numbers. It also gave me an opportunity to sample the author's writing. Something that may have been prudent to do before acquiring five of the author's novels - but hey hoh, that's not the way I roll.

As it happened I really enjoyed the story and scored it a 4.5 immediately after reading it.

Intriguing plot, I was interested to see where the story and the why of these "dead letters" was going. On the surface it seemed inexplicable, but Stone had a convincing explanation. Clever, but not too clever which would just be annoying.

I liked the two Postal Police characters and their stoicism in the face of the abuse and ribbing they endured on a daily basis from the "real" police. Solving the riddle may give them some respect and without spoiling it - solve it they do. 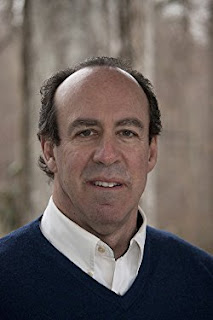 A 61p story when purchased in July, 2014 and well worth the enormous outlay! £0.98 currently and worth a punt if you want to try a new author before making a major commitment.

I look forward to reading at least one (but hopefully all) of the following - Moving Day, Parting Shot, The Heat of Lies, Breakthrough, The Cold Truth. I have managed to not buy his last three books - there's hope for me yet!