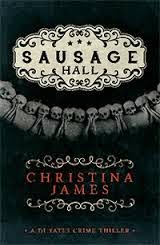 Sausage Hall is home to millionaire Kevan De Vries, grandson of a Dutch immigrant farmer. De Vries has built up a huge farming and food packing empire which extends, via the banana trade, to the West Indies. Sleazy MD, Tony Sentance, persuades De Vries to branch out into the luxury holiday trade and De Vries and wife, Joanna, take the first cruise out. But back home a break in at Sausage Hall uncovers a gruesome historical discovery and soon DI Yates is called in as a young employee of De Vries is found dead in the woods at Sandringham. This third outing for DI Yates tackles the exploitation of African women in the nineteenth century and draws parallels with the exploitation of Eastern European women in the 21st.

My first outing with author Christina James in what is her third DI Yates book, following on from In the Family and Almost Love.

Following two or three abortive attempts to review this, I have deleted every word written and will try again for the fourth time! This time instead of trying to re-hash plot elements and twists as they unfolded, I’ll settle for answering a few questions I have asked myself.

Did you enjoy this?

Yes, an interesting tale which had me fairly engrossed at all times during the reading of it.

Best thing about it?

I liked the way the story unfolded as one initial and almost innocuous crime, developed into something far more serious and consequential. I liked how the author developed and expanded the plot and that three separate crimes with different investigations were linked. Two by virtue of current day actions and two by a case of history repeating itself.

Quite topical in terms of modern Britain and the effects of an immigrant workforce on local businesses, economies and rural communities.

Serious issues are touched upon regarding people trafficking, prostitution and exploitation.

(Digressing slightly, as the book doesn’t actually touch upon this, but it had me considering the often frenzied media portrayal of Britain’s non-existent borders laid waste by hordes of avaricious Eastern Europeans queuing up at the door to take jobs, houses and benefits. Zero-hours contracts, minimum wages, worker’s rights, UKIP, etc,)

I often read solely for entertainment but it’s nice to have something that stimulates a bit of sideways contemplation, without being overtly preached to.

How many boxes did it tick in terms of setting, pace, plot, character and resolution?

Setting – yes, a bit of rural Lincolnshire – not a million miles away from my own locale.

Pace – yes. I wouldn’t use the clichéd term page-turner, but we progress along fairly merrily without any obvious delays on our journey.

Plot – yes, quite clever and believable, even though the historical element of the novel was slightly less interesting to me.

Characters – an interesting bunch. Our investigative team and the support cast of police and where mentioned family, were believable and likeable and had a few things going on personally that added depth to the story without detracting the focus from the crimes in hand. I’m guessing there will be future books that develop a few of the simmering sideshows for Yates and his team. The relationship between Yates and his superior was presented well……a bit of police politics at play without over being over-egged and clichéd.

On the opposite side to the police, our main characters whether introduced to us as victims – in the case of De Vries and his family were on the whole hard to like and unsympathetic which in some ways added credence to the story. Tony Sentance was particularly odious (and as a result more interesting.)

Resolution – very good and satisfying. I like a bit of last minute tension with a neat twist at the end. Endings which don’t come gift-wrapped with ribbons and bows and all neatly parcelled up have an appeal…..that’s not to say we don’t have a resolution.

Criticisms? Minor – I didn't quite buy the complicity of the De Vries workforce in the shenanigans. The historical element whilst there for obvious reasons wasn't quite as interesting to this reader as the present day occurrences. 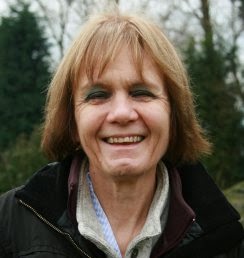 Lastly and always the tester in respect of whether I've truly enjoyed it, would you read more from the author in the future?

Unequivocably, a yes for future books without feeling compelled to back-track on the first two in the series.

I was fortunate to receive a copy of this from Tabitha at Salt Publishing - thanks. They are over here. Also @saltpublishing
Posted by col2910 at 00:30