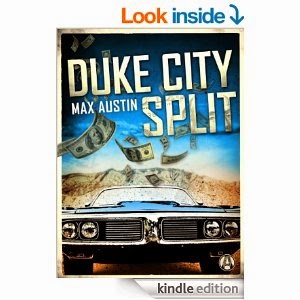 A cool, calm, and collected bank robber—with two kids at home—heads a fascinating cast of characters in Duke City Split, the first in a trilogy of white-knuckle thrillers from Max Austin, for fans of Breaking Bad and the bestselling fiction of Don Winslow and George Pelecanos.
Bud Knox isn’t your average bank robber. He’s happiest fixing a nice lunch for his wife on her lunch break or watching his two young daughters play soccer. He leaves the boldness and brawn to his partner, Mick Wyman. In the past fourteen years, they’ve hit nearly thirty banks all over the West—everywhere but “Duke City,” their hometown of Albuquerque, New Mexico.  So when Mick calls him about the perfect job, Bud is less than convinced, because the target is on their own turf. But with the potential to haul in millions, Bud simply can’t say no. If they do this job right, Bud may never have to work again. As it turns out, the heist is the easy part. Holding onto the money while evading everyone from the FBI to the Mafia to the low-life criminals who want a cut will be the hardest thing Bud Knox has ever done—and it might just cost him his life.


Max Austin (aka mystery novelist Steve Brewer) serves up a taut tale of robbery here with a couple of cool, calculating and likeable career criminals, falling foul of a couple of their golden rules – don’t pull jobs on your own doorstep and if you are breaking this rule don’t exacerbate the problem by allowing an amateur on board your tight-knit team.

After scoping out the job brought to them by a local guy, Johnny Muller. The gang successfully relieve the local bank of the weekend takings from the out-of-town casino. However unbeknown to our pros Mick and Bud,their third wheel has revealed an identifying tattoo to the Hispanic security guard at the bank.

With the cash stashed and cooling off our weak link in the chain, Muller is targeted by the bank’s security guard and his hefty girlfriend who fancy a cut of the cash themselves. Muller’s expectations of an easy haul and an upturn in his prospects have just taken a nosedive. His two partners assist in resolving this problem, but with the casino having mob funds behind them – another cloud has appeared on the horizon in the form of Vincent Caro from Chicago, an enforcer who intends on making a few inquiries and securing himself a share of the robbery proceeds at the same time.

Throw into the mix, an oddball FBI couple who are investigating the robbery and have a lead that links our dynamic duo of Bud and Mick to 30-odd other bank robberies. Add in another couple of local crims with a blood thirst and their own monetary ambitions and the heat is rising in Albuquerque. 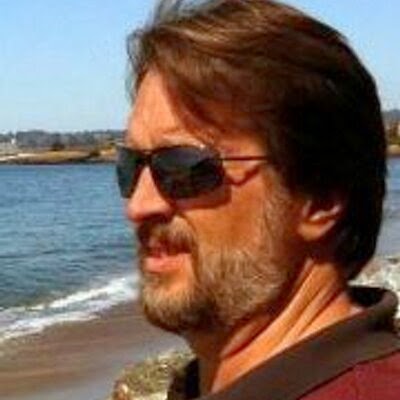 Best book I've ever read – no, but I loved it all the same.

Duke City Hit is the second in Austin’s proposed trilogy. I would say I’m looking forward to it, but I have already read and enjoyed it. Review to follow sometime in the next month. Roll on number 3!