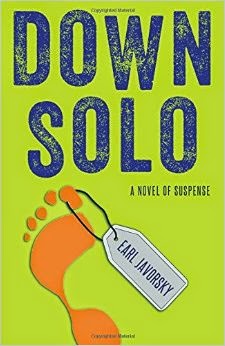 Things haven't been going well for Charlie Miner. His work as a private investigator involves him with an endless roster of shady characters. His ex-wife is borderline crazy. And he hasn't been getting to spend anywhere near enough time with his teenage daughter Mindy, the one person in his life who truly matters to him.

When he wakes up on a slab in the morgue with a hole in his head, though, things get even worse.

Just before the shooting, Charlie was investigating a case involving fraud, gold, religious zealots, and a gorgeous woman who seemed to be at the center of everything. Even with a fatal bullet wound, Charlie can connect the dots from the case to his attack. And when his daughter is abducted by someone involved, the stakes get exponentially higher. Charlie needs to find Mindy before the criminals do the same thing to her that they did to him.
After that, maybe he'll try to figure out how he's walking around dead.

I’m not usually one for a touch of the supernatural in my reading but this off-beat mystery about a PI waking up in a morgue with a bullet hole in his head, piqued my interest so I thought why not give it a go.

Well worth the risk in my opinion, though in truth, Down Solo is not a book that has remained seared in the memory a few weeks after reading it. That’s not a criticism or a negative, books that entertain and amuse and are kind of forgotten afterwards have just as much a place in my reading as those that educate and linger and haunt afterwards.

Our PI, Charlie Miner has been shot in the head, which has unsurprisingly played havoc with his memories. These gradually return to him as he endeavours to retrace his footsteps and discover how and why he ended up dead.

In the course of the story, an associate of Charlie’s; the mysterious dread-locked, mystic-esque Daniel pops up at convenient moments and advises Charlie on how to harness his new-found ability to exit his body and hover above and float away. A talent which obviously comes in handy when Miner is trying to unravel the mystery of what the hell is going on and his evasive employer, exits the room to take a phone call, or if he wants to scope out a rendezvous ahead of physically appearing. If all this sounds like absolute nonsense, it isn’t – it actually worked for me.

Probably 90% a straightforward mystery and 10% occult-supernatural-improbable-just not happening – which to give the author his due, Earl Javorsky succeeds in making plausible and credible.

We discover that Charlie Miner is divorced acrimoniously from his wife, Allison; he has a teenage daughter, Mindy who he cares about and he’s a drug addict. The case he is on concerns a missing $8 million in cash, a Mexican gold mine, geological reports – either faked or real, a speculative businessman with an evangelical bent and his psychopathic and adoptive son, Ratboy, as well as a couple of dead geologists and a few sharks eager to either recover or acquire the $8 million, including Miner’s employer, the beautiful, Tanya Peterson.

Miner makes some inroads into the puzzle and reacquainting himself with his life, but then Ratboy kidnaps his daughter. Cue Mexican road-trip and all manner of mayhem. 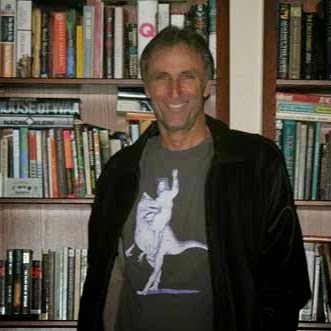 Javorsky amuses as well as thrills. At one point Miner is carted off to jail and the initial scene at processing with a hobo is absolutely hilarious. Ditto a slight diversion and delay during Charlie’s Mexican trip which sees him held captive by a couple of meth-heads. Miner’s resolution to this particular problem was funny.

A worthwhile and interesting read. Similar to a lot of chase the money, recover the girl type books but with a fresh and unique twist. Plenty of action, gun-play, drugs, a bit of sex, a fair bit about family and friendship and loyalty with some laughs thrown in.

I would be happy to read more from Earl Javorsky in the future, time allowing. His website is here.