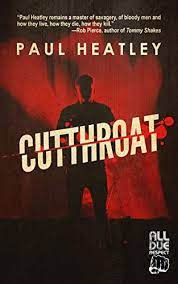 Synopsis/blurb...
Newcastle, 1978. John is sleeping with Mary. Mary is married to Daniel. Both men work for her father, the Top Man. Daniel is his son-in-law, next in line to take over his little empire. John is muscle. The Top Man orchestrates robberies—banks, pay rolls, anything that will bring in some easy money. When Daniel discovers his wife’s illicit liaison, he wants John dead. The Top Man signs off on it.
But John’s a man you only get one shot at. When Daniel happens to botch that one shot, then everyone involved needs to watch their back. Because John will be coming for them, and he won’t stop until he’s taken revenge on every last one involved in leaving him for dead.
My kind of book..... character, conflict, a criminal gang and a falling out over a woman.
Deadly consequences for all.
Harsh, brutal, violent, tense, funny. None of the characters are pretending to be anything other than what they are. Take them or leave them. One, John is worthy of respect, if not exactly likeable. I was rooting for him throughout. Daniel is a coward and a bully. Anything he gets is deserved. There will be casualties along the way. Most of them chose a lifestyle that always offers an opportunity for such a fate.
Not one for the faint-hearted, but definitely my cup of tea.
4.5 from 5 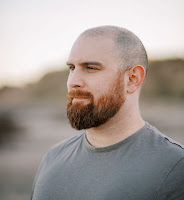 Paul Heatley has been read and enjoyed many times before....... The Vampire, The Motel Whore, Fatboy, The Boy, An Eye For An Eye, The Pitbull, Guillotine, and Blood Line
He's a busy writer, so there's plenty more for me to look forward to.
Read - November, 2021
Published - 2020
Page count - 210
Source - review copy from publisher, All Due Respect
Format - paperback
Posted by col2910 at 23:04