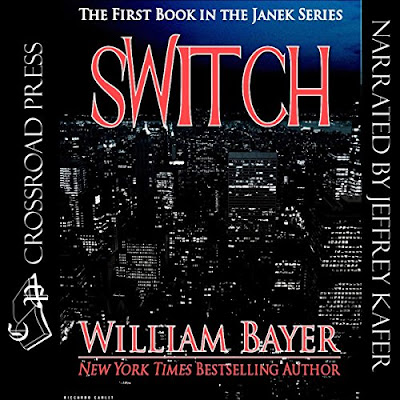 Synopsis/blurb....
Passion and rage explode in a bizarre double murder. Two homicides a night were not unusual for New York City, but these weren't ordinary killings. Someone had decapitated the victims and switched their heads. Detective Frank Janek's job is to get inside the mind of the lethal genius who committed the heinous act.
I'm not usually one for a twisted killer, grizzly murder book to be honest, preferring to read about different types of crime in my reading. I've got to say though that this one smashed it out of the park. Bloody brilliant and more enjoyable for the fact that it was so unexpectedly excellent.
I probably shouldn't have been surprised because I've read William Bayer before, enjoying his Peregrine novel a year or two ago.
Here Detective Frank Janek is assigned a double murder by Chief of Detectives Hart. Two woman have been found murdered on the same night and their heads have been switched. Janek puts together a team and they work the case. He has the two detectives assigned to the original homicides when they were unconnected cases - Stanger and Howell - and his two trusted friends and confidants, Sal Marchetti and Aaron Rosenthal. The killer has been careful, not sloppy and there's no real physical evidence left on the crime scenes.
Janek also embarks on an affair with a photographer, Caroline who he met at the funeral of his rabbi, retired cop Al DiMona. Al ate his gun and Janek also feels obligated to his widow Lou. She has questions over what Al had been doing in the days and weeks leading up to his death.
Janek is struck by a connection between Al, Caroline's dead father who was murdered and C. of D.  Hart. It's a connection that Hart lied to him about. Caroline has an old photograph of the three of them together. A frank conversation with Al's widow and a tearful confession give Janek more to ponder, especially given the fact that Hart has tentatively offered him a promotion. Bribery? What's he covering? What does he have to hide?
I really enjoyed how Janek got his team working together. Profiling the two victims, one a prostitute, one a teacher. Understand the victims, know who the victims are, understand the crime, try and understand the killer. Easier said than done. Incrementally they make progress. Janek having the ability to make intuitive leaps that inspire lines of enquiry unimagined by the other detectives. I don't think he presents as a super sleuth, just someone who has a gift for thinking slightly outside of the box and looking at things from different angles.
There's a lot of old school detecting. Door knocking, interviewing, eliminating, persistence. A suspect emerges eventually and the same approach applies. Find his past, find people who knew him, watch him, uncover his secrets. It's all painstakingly done but it's not something that the killer is unaware of.
Tables get turned, tension gets ramped and gears start moving.
I liked the character, the slow burn initially of the case, which morphs into two cases with Janek also convinced of Hart's complicity in his rabbi's demise and also the murder of the other part of the trio - Caroline's father. Janek is determined to bring him down and again has to think outside the box to put Hart and his go-to-guy, Sweeney in the box. I enjoyed the way Janek pulled the strings and had his two main guys, Sal and Aaron following him loyally.
Top notch crime writing. Not a false step throughout. Never a boring moment. No breakneck pace, but something happening every step of the way to keep me fully engrossed. 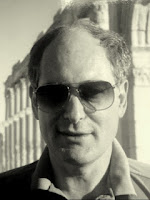