Synopsis/blurb...
These Streets Are Not Made of Gold…
Fifteen-year-old Staci McKinney thought that leaving home would solve her problems. At least it would get her away from her disgusting stepfather, Nick. But it’s not long before Nick becomes the least of her worries. It’s not easy to live on the streets. It’s a daily struggle to find food and a place to sleep, especially during a Philadelphia winter. Things get even harder when Staci witnesses two men dumping a body. When they see her, too, she has no choice but to go on the run.
Philadelphia City Councilman Daniel Langdon thought everything would be alright, even after the ‘road rage’ incident that led to a death. After all, nobody knew what happened. Except some kid saw him and his assistant dumping the body. Now he’s going to have to find the girl before she gets the chance to talk to anyone about what she witnessed.
Streets of Gold is a tense, gripping novella which shines a light on domestic abuse and as a consequence in the case of Staci McKinney, teenage homelessness. Staci is tired of her stepfather's inappropriate behaviour and with her mother refusing to listen or act, she runs away. It's a case of frying pan to fire, as a short term crash becomes unsuitable due to the sexual attentions of her host. The streets it is then.
Staci has to deal with the challenges of a Philadephian winter on her own. The last thing she needs is to become hunted after witnessing two men dispose of a body. It's a concerning plight, as the men now hunting her are powerful and have resources at their disposal; with contacts in the police, media and a powerful publicity machine. Staci struggles to take advantage of the limited resources available to the young homeless in Philadelphia because of their pursuit. Paranoia, a lack of trust, suspicion are all naturally exhibited by our young fugitive.
It's quite a tough tale of desperation, danger, isolation, fear and the abuse of power. Margot Kinberg puts some uncomfortable social problems into the reader's orbit, things we don't always want to confront and consider. It's easier to turn away and ignore it.
On the positive side, she also highlights the vocational work of volunteers, charites and individuals, as well as local authorities, who work tirelessly and often unsung within communities to provide some measure of comfort and support to those down on their luck. 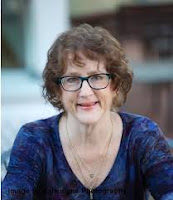