A bit more Scandi crime to enjoy at some point in the not too distant future - two from Antti Tuomainen - Finland's answer to Carl Hiaasen apparently. 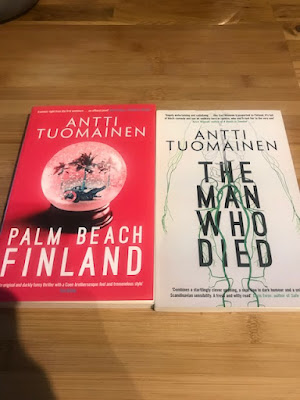 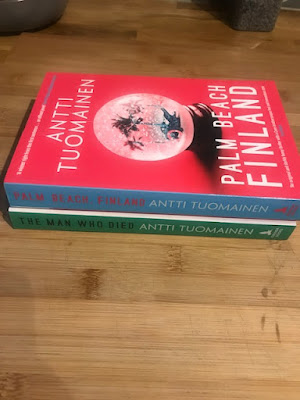 Antti has written seven novels thus far, including the soon to be released - The Rabbit Factor

An insurance mathematician’s carefully ordered life is turned on its head when he unexpectedly loses his job and inherits an adventure park … with a whole host of problems. A quirky, tense and warmly funny thriller from award-winning Finnish author Antti Tuomainen.

Just one spreadsheet away from chaos…
What makes life perfect? Insurance mathematician Henri Koskinen knows the answer because he calculates everything down to the very last decimal.
And then, for the first time, Henri is faced with the incalculable. After suddenly losing his job, Henri inherits an adventure park from his brother – its peculiar employees and troubling financial problems included. The worst of the financial issues appear to originate from big loans taken from criminal quarters … and some dangerous men are very keen to get their money back.
But what Henri really can’t compute is love. In the adventure park, Henri crosses paths with Laura, an artist with a chequered past, and a joie de vivre and erratic lifestyle that bewilders him. As the criminals go to extreme lengths to collect their debts and as Henri's relationship with Laura deepens, he finds himself faced with situations and emotions that simply cannot be pinned down on his spreadsheets…
Warmly funny, rich with quirky characters and absurd situations, The Rabbit Factor is a triumph of a dark thriller, its tension matched only by its ability to make us rejoice in the beauty and random nature of life.
I have high hopes of reading them all. 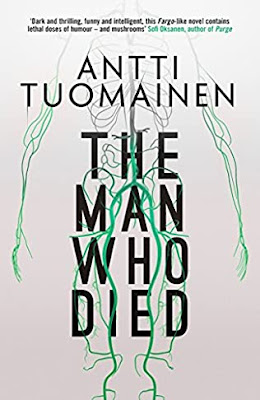 When Finnish mushroom entrepreneur Jaakko discovers that he has been slowly poisoned, he sets out to find his would-be murderer ... with dark and hilarious results. The critically acclaimed standalone thriller from the King of Helsinki Noir...

'Right up there with the best' Times Literary Supplement

'Deftly plotted, poignant and perceptive in its wry reflections on mortality and very funny' Irish Times

'Told in a darkly funny, deadpan style ... The result is a rollercoaster read in which the farce has some serious and surprisingly philosophical underpinnings' Guardian

A successful entrepreneur in the mushroom industry, Jaakko Kaunismaa is a man in his prime. At just thirty-seven years of age, he is shocked when his doctor tells him that he's dying. What's more, the cause is discovered to be prolonged exposure to toxins; in other words, someone has slowly but surely been poisoning him.

Determined to find out who wants him dead, Jaakko embarks on a suspenseful rollercoaster journey full of unusual characters, bizarre situations and unexpected twists.

With a nod to Fargo and the best elements of the Scandinavian noir tradition, The Man Who Died is a page-turning thriller brimming with the blackest comedy surrounding life and death, and love and betrayal, marking a stunning new departure for the King of Helsinki Noir. 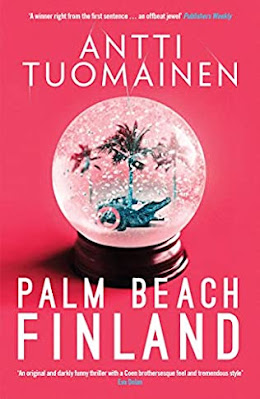 Fargo meets Baywatch in a mesmerisingly dark, poignant comedy-thriller by the King of Helsinki Noir

'Tuomainen is the funniest writer in Europe' Marcel Berlins, The Times

Jan Nyman, the ace detective of the covert operations unit of the National Central Police, is sent to a sleepy seaside town to investigate a mysterious death. Nyman arrives in the town dominated by a bizarre holiday village - the 'hottest beach in Finland'. The suspect: Olivia Koski, who has only recently returned to her old hometown. The mission: find out what happened, by any means necessary.

With a nod to Fargo, and dark noir, Palm Beach, Finland is both a page-turning thriller and a black comedy about lust for money, fleeing dreams and people struggling at turning points in their lives - chasing their fantasies regardless of reason.