A couple from an author I've been reading since way back when - Anthony Neil Smith.

Apparently he's a bit of a cult! 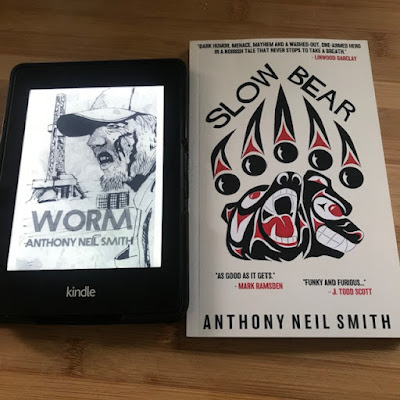 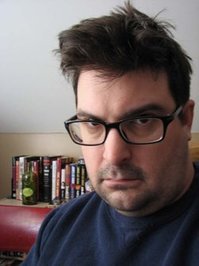 Neil Smith has written about 15 novels, spanning three different series, plus a load of standalones and a couple of novellas and I've been enjoying him since he ran the old Plots With Guns site - in the late 2000s - which spotlighted a lot of short crime fiction stories and new-to-me under the radar authors.
I haven't read as much of him as I should have, but what I have I've enjoyed.
The Cyclist, All the Young Warriors, XXX Shamus (as Red Hammond), To the Devil My Regards (with Victor Gischler) and a few more before the blog began - Psychosomatic, The Drummer and Yellow Medicine
Check these two out and thank me later ......
Worm (2015) 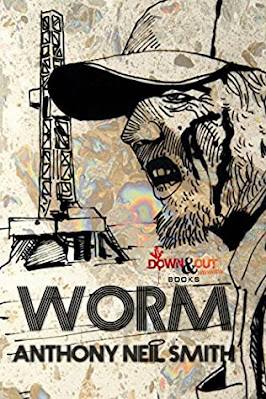 In the Bakken oil field of North Dakota, they call the new guys “worms.”
Ferret is a worm from Alabama, trying to kickstart a new life for his family, while back home his in-laws whisper break-up songs in his wife Dee Dee’s ear.
His boss, a shadowy old guy called Pancrazio, drags in Ferret, Gene Handy, and two roustabouts from Oklahoma to deal with a new meth empire on the prairie. Meanwhile, a reservation cop keeps a close eye on the big picture.
All Ferret wants is some easy money and the love of his family. But he quickly finds out that there’s danger around every corner, in every drill, truck and train car. And if the machines or chemicals don’t get him, then the other roughnecks will. Because beneath the dirt and grease, nobody is what they seem.
Praise for WORM:
“Years from now, Smith will be viewed as one of the best writers of our generation—he’s just not capable of writing anything but a fantastic novel.” —Les Edgerton, author of The Bitch, The Rapist and The Genuine, Plastic, Imitation Kidnapping
“Worm is a tremendous achievement in the portrayal of duplicity and greed in the oil boom. Smith hasn’t lost his fastball and he’s aiming it right at the reader’s head again, the way it should always be.” —Benoit Lelievre, Dead End Follies
“Smith pushes the characters hard and their flaws are ruthlessly exposed...it brings forward unlikely heroes who emerge from the mire when it becomes deep enough.” —Nigel Bird, author of Southsiders
Slow Bear (2020) 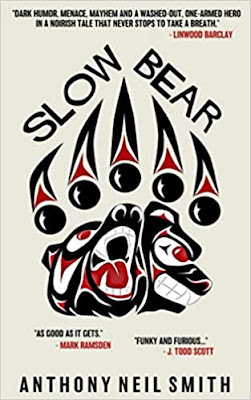 In the oil fields of North Dakota, times were good during the boom. Some people got rich: Santana the Exile certainly did. A lot of other people got jobs. A lot of bars and strip joints got busy.
Then the boom times ended and everything slowly crumbled back to the red dust from which it was built.
Micah 'Slow Bear' Cross used to be a reservation cop. He wasn't good at it but he was good at being bad at it. The one time he tried to be a good cop, he got his whole left arm shot off.
Now he sits around the casino all day flirting with Kylie, the Lady Barmaid, and giving people advice on their problems in exchange for some chips. Then in one bad day he's beaten up, banished, and given an assignment: frame Santana The Exile.
But Santana is into some really bad things. And if Slow Bear thought life had been rough so far, it's about to get a whole lot worse: for him, for Kylie, and for anybody who stands in the way of a one-armed man on a mission...
This is noir at its deepest, at its most savage, at its most vital, from an acknowledged modern master of the genre.
"More happens in the first two chapters of Slow Bear than in some literary novelist's entire output.Thrills, spills. Twists, turns. Heart, soul. As good as it gets." - Mark Ramsden, author of Mistress Murder, Radical Desire and Dread: The Art of Serial Killing
"Anthony Neil Smith mixes dark humor, menace, mayhem and a washed-out, one-armed hero in a noirish tale that never stops to take a breath." - Linwood Barclay, author of No Time for Goodbye and Too Close to Home
Posted by col2910 at 05:16