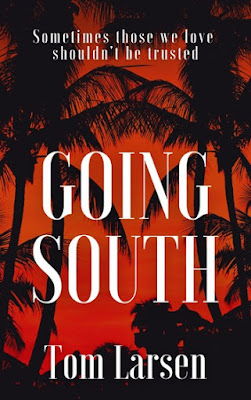 Synopsis/blurb ...
Harry wants out. The daily grind has ground him down and his dreams are fading fast. Desperate times call for desperate measures and as a last-ditch resort he fakes his own death to claim on the insurance planning to set himself up on Easy Street. Wife Lena has her doubts. Harry’s always had a hand in the hustle, but going for broke was never his style. She goes along for the ride just to see how far he’ll take it, down Mexico way, returning “widowed” and soon-to-be wealthy, waits out the weeks till they can reunite. Only Harry sounds funny on the phone. And she knows how he gets when he’s been drinking. Then there’s the irreversible nature of death to consider. Harry’s scheme is seamless but the schemer has a flaw, and instead of getting what he wants might just get what he deserves.
Going South is a dark, dark tale. A husband and wife team act out a plan to fake Harry's death and bag the million dollar insurance on his death. Harry is enthusiastic, Lena less so. Life has worn Harry down; crushed ambition, unfulfilling employment, along with a propensity for choosing the wrong teams or animals to bet on. Lena has a combative relationship with the authority figures at her hospital and after talking herself out of a job, reluctantly agrees with the scheme.
Go to Mexico, tick. Find a patsy, tick. Kill him, tick. Fool the authorities, tick (maybe). Cremate the corpse, tick. Male half hides out, tick. Female half carries the weight of acting the bereaved widow, fooling the relatives, friends and neighbours, claiming the money and generally dealing with the fall out of Harry's death - tick.
The wheels fall off. A big misunderstanding leads to a downward spiral of alcohol abuse, guilt, self-pity and further reckless actions .... more death, mistrust between the two parties, lies, deceit, and a schism in a previously rock-solid relationship. Our ill-conceived plan leads to unintended consequences and a total lack of the envisaged happy ever after, dream life. Going South all the way.
Cracking premise for a story with interesting, well developed main characters. Harry is pretty unsympathetic throughout. You do wonder what Lena sees in him. She herself, despite buying into Harry's reckless scheme, retained my sympathy throughout. She's the adult in the relationship. Capable, caring, practical. I think Larsen illustrates firmly which is the stronger of the sexes.
Interesting twists throughout the book. There's a certain inevitability about the outcome, but it was satisfying regardless and not wholly predictable in every aspect. For the most part I really liked it. There were a few times the book seemed a bit slow and saggy, but I don't know if I was just tired and not really vibing a black, dark read. I had to set it aside a couple of times and give myself a break from it, before returning to it fresh.
Overall - really good. 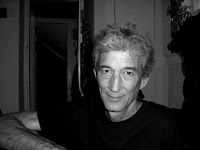