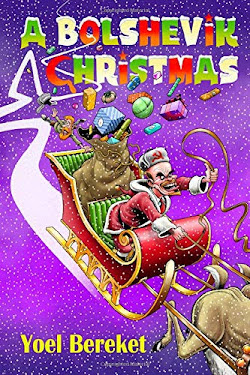 What happens when the world's most beloved holiday falls into the hands of communists?

Life in the North Pole isn’t quite what it’s cracked up to be. Ever since Santa and his toy sweatshop moved into town, it’s been nothing but back-breaking labor for the native elves. In the factory the air is hot, the pay low, the food lukewarm. Suffering under the thumb of capitalism and a dictator grown fat and indifferent, the elves have had enough.

When all hope seems lost, a rebel by the name of The Red Elf hears the cry of the people and drives them toward a revolution.

Overnight, the Santa of old is gone, replaced by a Soviet strongman named Nikolas Sokolov. From the production of weapons to the invasion of malls, world domination is in the Red Army’s grasp. However, with the Americans unwilling to give up their favorite day so easily, the battle over the holiday season becomes the new hotbed of the Cold War, leaving everybody to wonder what will happen to Christmas…

Set in the early 60s, Kennedy and Krushchev do battle by proxy at the North Pole. We have a fleeting appearance from Big Fat Santa and he ain't quite such a lovable beast here. Other political figures of the day - Charles de Gaulle and Harold Macmillan - make fleeting appearances. The main characters involved though are the downtrodden elves and a revolving door of new masters.

Amusing, interesting and more than a kernel of truth in the observation that when power structures and the hierarchy changes at the top, little does for those on the bottom rung of the ladder. Exploitation rules.

Events jump around a bit and we go fast forward on a few occasions, but I enjoyed it without ever feeling like I was reading the best story ever written. Decent writing. A quick read which kind of ends exactly where we started, 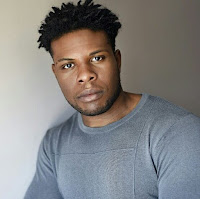