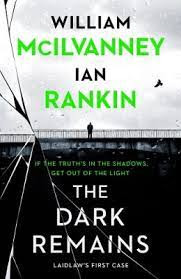 Lawyer Bobby Carter did a lot of work for the wrong type of people. Now he’s dead and it was no accident. Besides a distraught family and a heap of powerful friends, Carter’s left behind his share of enemies. So, who dealt the fatal blow?

DC Jack Laidlaw’s reputation precedes him. He’s not a team player, but he’s got a sixth sense for what’s happening on the streets. His boss chalks the violence up to the usual rivalries, but is it that simple? As two Glasgow gangs go to war, Laidlaw needs to find out who got Carter before the whole city explodes.

William McIlvanney’s Laidlaw books changed the face of crime fiction. When he died in 2015, he left half a handwritten manuscript of Laidlaw’s first case. Now, Ian Rankin is back to finish what McIlvanney started. In The Dark Remains, these two iconic authors bring to life the criminal world of 1970s Glasgow, and Laidlaw’s relentless quest for truth.

Probably one of the best books I will read this year. The Dark Remains is an absolute banger with big ticks in all the right boxes for my reading palette. When I finished I was half tempted to start it again, it was that satisfying.

Setting - Glasgow, 72. I love a tale set back in a period when I was growing up and which I can relate to having lived through it. No pcs, no mobile phones, no internet, no easy short cuts for the police, lots of door knocking and visits.

Plot - a possible gangland murder, an investigation or two - the official one led by a dunderhead cop and Laidlaw's own digging, with a bid to avert an underworld war.

Characters - Laidlaw himself ... decent, honest detective, but a loner, a clever man, got a family - a wife and two bairns, though no happy family. For an intelligent man, I can't really see how he got himself into a situation that is uncomfortable for both him and his wife and those she drags into the orbit of the Laidlaw family tensions. 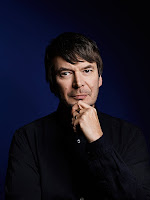 Pacing and outcome - pitch perfect - fast moving and exciting without ever feeling rushed or outrageous.

McIlvanney's Laidlaw was enjoyed way way back in 2012. I really must dig out the other two in the series - The Papers of Tony Veitch and Strange Loyalties - and read them. That other chap, Mr Rankin needs some attention paid to his work also. 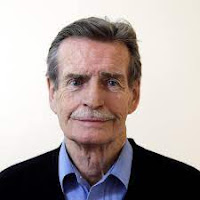