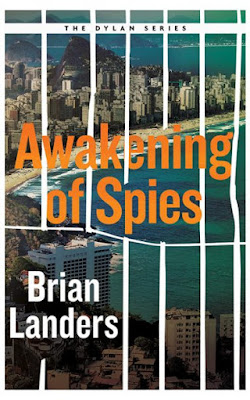 Synopsis/blurb.....
A richly detailed, and deeply engrossing espionage thriller. Brian Landers is the real deal.'-- Andrew Raymond, author of the Novak and Mitchell thrillers
Thomas Dylan is an unlikely spy.
Rejected by MI6 he joins the Ministry of Defence where his first mission is a total failure. Unexpectedly he is then sent to Rio de Janeiro to recover a submarine interrogator stolen from the US Navy.
In Brazil he discovers that those supposedly on his side, MI6 and the CIA, have their own priorities and his life is not one of them.
A murderous game which began with the death of a British spy in Argentina is being played out in a city of sun, sea and secret police. When he comes face-to-face with the brutal realities of Brazil's military dictatorship Dylan has to trust somebody. But who?
He knows for sure that the woman he wants to trust has been lying to him from the very beginning. But why?
This is a fast-paced thriller in the vein of John le Carré and Eric Ambler.
Awakening of Spies is the first in a four book series featuring Thomas Dylan. The book is set in the early 70s and has Dylan, a novice British agent globetrotting in an effort to avoid an important piece of marine technology falling into the wrong hands after it has been pinched from the US Navy and hawked on the black market.
Dylan is an unlikely candidate for the task he has been set, something he himself seems only too aware of. Fairly new to the Ministry of Defence, he is already cute enough to understand the internal politics of the department and its sometimes spikey relationship with its counterparts in M16. Intelligence and savvy is one thing, lack of field experience is another.
Firstly, events in The Netherlands turn sour. Dylan acquits himself well, but the main ojective isn't met. Off to the States and again defeat is snatched from the jaws of victory, which had me (and Thomas) puzzling as to why he was then Brazil bound. By the end of the book all becomes clear, to the both of us.
I like the time frame of the book and the depiction of early 70s Brazil, where the vast portion of the novel takes place. Dylan gets a first hand view of the corruption and brutality elements of the police will go to. Brazil isn't a democracy. Rio and the surrounding countryside is, in this book anyway a hot-bed of spies, assassins, dodgy cops, foreign agents, gun dealers, bomb makers and other assorted miscreants.
In Rio he has the assistance and experience of the local Brit on the ground to fall back on, but there's always the sense that he's slightly out of his depth, that people aren't being straight with him and that he's always a half-step behind. People check up on him, use false names, and avoid giving direct answers to his questions - and that's just his own side.
I liked the mini dramas and incidents. I liked how Dylan conducted himself and adapted quickly to the ever changing circumstances. There's also a bit of spice and potential romance with a female operative, Julie, who works closely with our man during phases of the drama - always assuming they can trust each other enough to move things on.
I did have a bit of a hard time keeping track of everybody in the book, as the author introduces a lot of players during the course of the narrative. That said the book does tie up nicely in the end with answers to all the questions I had. 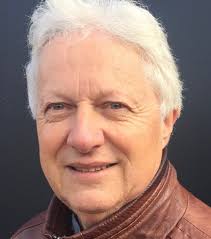 An interesting book and one I enjoyed with more to like than take issue with. I'd be keen to read the next book in the series - Family of Spies.
4 from 5
Read - October, 2020
Published - 2020
Page count - 275
Source - review copy recevied from publisher RedDoor Press
Format - ePUB file read on laptop
Posted by col2910 at 06:25