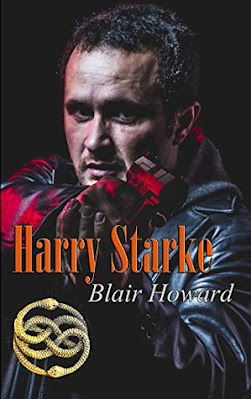 For an ex-cop turned private investigator, I’ve carved out a pretty nice life for myself. Yeah, life is good, but that doesn’t stop me from seeking closure and justice for victims of the darker side of Chattanooga. Some would call me reckless. But I’m just doing it my way. These then are my stories.

Book 1: On a wild December night, I found myself on the Walnut Street Bridge. Moments later I was staring down into the terrified eyes of a young woman—just seconds before she slipped through my fingers and fell to her death. Who was she? Why did she kill herself? The look on that girl’s face will haunt me for the rest of my days. I had to find the answers…

"I read a lot of what I consider to be well written mysteries. Sue Grafton, Martha Grimes, Margret Truman, etc. This one is every bit as good and I really could not put it down.”

Another new-to-me author and another entertaining Audible outing which helped pass some otherwise mundane work hours. Blair Howard's Harry Starke is the first in a long series featuring the title character as a well connected Chattanooga PI. I enjoyed the book and it's a series I'll definitely re-visit in the future, without being blown away by what Howard served up.

As an aside, I don't especially buy into the..... for the fans of Patterson, Baldacci, Silva etc etc. Hell why not name 50 popular authors in the hope that the lustre sticks by association and you grab some readers? Far better to be your own man and your own voice. But then I'm not pitching books only reading them.

Here Starke is in close proximity to a woman who commits suicide and fears his presence contributed to the woman's death. Ergo an investigation into her death, somewhat assisted by the fact that Starke's long-term girlfriend is a cop who catches the case. An introduction to the woman's grieving father sees Starke retained in an official capacity and justifies his personal involvement in the investigation.

I think I had to hold my nose at the way a cop manages to include a private investigator, one she's sleeping with into official interviews with witnesses and also entrusts a key piece of evidence found on the deceased's body to her beau. Convenient, oh yes.

Apart from that I quite enjoyed the tale........ an investigation, more deaths, a secret private member's club, a local gangster going up in the world and fronting a decidely suspicious development, a dodgy politician, possible corruption and blackmail opportunities and our main character proving himself to be a bit of a rogue with a wandering trouser snake. Harry, you dirty dog.

Fisticuffs, humor, action and a decent enough storyline which was resolved satisfactorily albeit with a measure of convenience, along the way. There's far worse ways of spending your time. 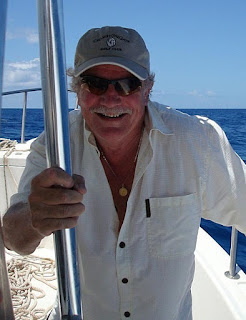 Howard has written 14 books in his Harry Starke series so far, as well as numerous other works. I look forward to reading (listening to) more from him in the future.