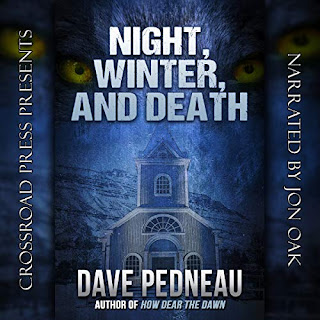 The town of Yocum Valley is in for the longest, darkest night it has ever known. A night that will make some doubt their sanity, and others fear for their lives. A night when the heinous curse of its tainted ancestry will rise, in the form of a living horror, to seek savage vengeance....

The beast will stalk during the coldest, cruelest winter on record, in a place that is frozen, snowbound...and trapped at the mercy of something unspeakable, with a taste for human flesh and a thirst for human blood....

It’s waiting in the cold and dark to strike, again and again. And the terrified, disbelieving citizens are about to find themselves under siege - by something partly human partly animal...and completely deadly.

I suppose I could claim to be getting into the spirit of Halloween with this novel of a werewolf legend coming to life, but in truth I'm not a massive fan of the celebration. It existed when I was growing up, but it always felt a bit American and a bit faked, but only in the context of being an imported celebration. I did enjoy the book though, maybe a bit more than I expected to. I was reminded of reading Richard Laymon, way back before I discovered crime fiction, not that I could put my hand on heart and say Laymon ever penned a werewolf book.

Small town setting, remote, isolated, cut off when the weather is bad and obviously it gets bad here, the death of the oldest resident and the reactivation of the curse, which sees the unburied man biting nice guy, ex-cop, security man Ernie. Ernie then morphs into a werewolf and terrorises the town.

Simple plot as such, but I enjoyed the focus on the townsfolk, in particular, Ernie's niece, the young police chief, the kid reporter and the local author. A lot of the drama focuses on finding out more about the legend, concerns over Ernie and his health before he goes full-blown werewolf, investigating the murders, worrying about a pregnant wife, fighting off the unwelcome attentions of the town mayor who seems to think he can co-erce sex from Ernie's niece (name escapes me) who is also a teacher, a horny woman running an old folk's home and grabbing sex with the young employee and lots more.

It's a busy book, which as it progresses gets faster and wilder as the tension mounts. I think Pedneau might have had fun writing it. I hope so because I had fun reading the thing. I think the characters made the book ... their interactions, the conflicts, the sex, the legend backstory, the school scenes, the teenage lovers, the morphing and the escalation, with widespread panic, leading to vigilantism and mob fear.

Parking my realism/credibilty meter at the door, before entering this one, it was quite satisfying. 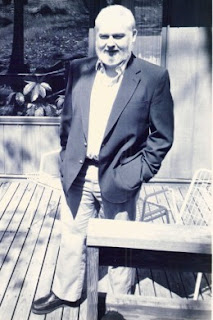