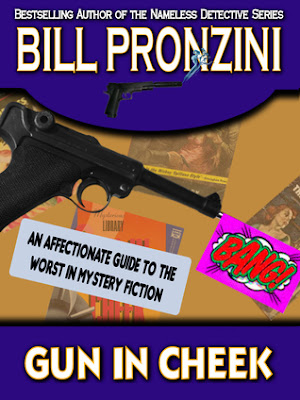 Synopsis/blurb...
Love mystery? Then you'll love this book. Hate mystery? Then YOU'LL love this book. Pronzini is a fount of information about the "best" (read: hilariously inept) in mystery fiction. He's read every book ever written in the genre, it seems, and shows genuine affection for the form. The fun he pokes at the authors and their works is gentle and doesn't distract at all from your wonderment at the fact that these books ever even existed. It might, however, make you want to seek them out and try for yourself. Or maybe it'll help prevent a misstep in purchasing a book you wouldn't end up enjoying. Either way, this book is worth a listen (or three). These mystery authors have gone unsung for too long.
An okay listen, but not a book that will live too long in the memory if I'm honest. I kind of hoped I'd be familiar with a lot of the examples Pronzini used to illustrate the best of the worst in the mystery genre but not really.
There is a bit of a background on the history of the genre, as well as the spy story and also men's magazines of the 40s and afterwards, which was interesting.
Michael Avallone gets a mention several times - I've read his Shock Corridor years ago. Gladys Mitchell and Sax Rohmer get a bit of a slagging for the racism of their characters, which seemingly reflected their own world views. I've heard of Mitchell and read one Rohmer book - The Yellow Claw. I made a note of the racism towards the Chinese at the time, but it didn't especially jar with me.
Mickey Spillane and Mike Hammer get a mention and a bit of a tease, but Pronzini concentrates more on his imitators. (Note to self, read Spillane.) Richard Stark's Parker character is similarly name checked for imitation by a now forgotten author with a character named Sand which kind of piqued my interest. It's unlikely though that I'll follow up on it.
Pronzini, bless him seems to have as much fun reading a bad book as he does a good one. I don't think I share his enthusiasm if I'm honest. A lot of authors mentioned were unfamiliar to me and despite his hoping people seek them out, I won't be following that piece of advice.
3 from 5
Bill Pronzini wrote a follow up to this one - Son of Gun in Cheek, which I think I have a copy of somewhere which I will get to sometime (maybe). 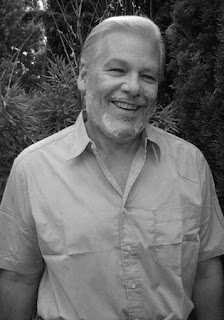