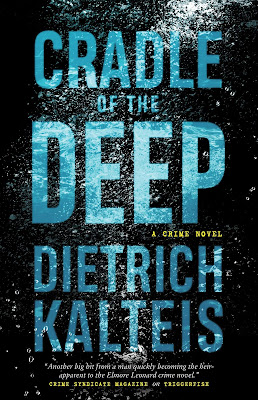 Synopsis/blurb....
Getting into bed with the wrong guy can get you killed
Wanting to free herself from her boyfriend, aging gangster “Maddog” Palmieri, Bobbi Ricci concocts a misguided plan with Denny, Maddog’s ex-driver, a guy who’s bent on getting even with the gangster for the humiliating way in which he was sacked.
Helping themselves to the gangster’s secret money stash, along with his Cadillac, Bobbi and Denny slip out of town, expecting to lay low for a while before enjoying the spoils.
Realizing he’s been betrayed, an enraged Maddog calls in stone-cold killer Lee Trane. As Trane picks up their trail, plans quickly change for Bobbi and Denny, who now find themselves on a wild chase of misadventure through northern British Columbia and into Alaska.
Time is running out for them once they find out that Trane’s been sent to do away with them, or worse, bring them back — either way, Maddog will make them pay.
A momentary bright spark in the thus far abysmal year of 2020. Cradle of the Deep is the eighth book from Dietrich Kalteis and the seventh one from him that has pretty much knocked my socks off. Why not the perfect eight? There's one I haven't yet read.
Kalteis writes about the kind of characters I like reading about.... criminals, chancers, low-lifes, mob guys, hangers-on, wannabe toughs, musicians, addicts, bartenders, strippers and the like - all interesting people, all mostly suffering fall out from either bad luck or no luck allied with poor choices and a lack of impulse control.
Here we have an aging mob guy, ripped off by his disaffected younger girlfriend, Bobbi on the same night as a disgruntled former employee and draft dodger, Denny decides to burglarize the mobster for some reparations.
Working in tandem, through circumstance albeit with little trust between the pair, the twosome go on the run with a couple of suitcases full of cash and after a short interval, with a hitman dogging their trail.
It's a cracking drama, chock-full of incident, with plenty of bounce in the fluctuating relationship between Bobbi and Denny - our two fugitives.
Seeking sanctuary and holed up, they cross paths with some local police who has pegged them for stealing his cop car and inflicting further embarassment on his reputation. Its another red flag which automatically marks them out to the inquisitive residents of the small isolated community; all wondering about the strange newcomers in town and the secrets concealed in the truck of their car. Our not so dynamic duo are skating on thin ice, literally and figuratively.
Along the way we hear about the Vietnam War on a personal level - grief and loss - and a refusal to be the next one in the meat grinder and we have a bit on women's rights and bra-waving. Along with the music and groups of the day as a further back-drop it's very firmly set in the 70s. What's not to like?
Pace, plot, characters, settings, action, humor, conflict, and a satisfying resolution. Big ticks in all the boxes. Roll on 2021 and hopefully number nine from one of my favourite authors.
4.5 from 5 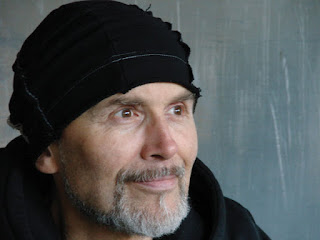