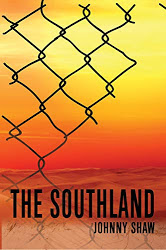 Synopsis/blurb....
THE SOUTHLAND tells the story of three unauthorized Mexican immigrants living in Los Angeles: Luz works multiple jobs to provide for herself and her teenage son Eliseo. Nadia, a former journalist with PTSD, fled Mexico and tries to stay hidden from the dangerous men that she exposed in Sinaloa. Ostelinda works as a laborer in a garment factory, having been deceived by coyotes and imprisoned in the same building since her arrival. Their lives intersect through terrifying circumstance that clarify and contrast the horrors of existence.
When Eliseo goes missing, Luz is lost. She doesn’t trust the authorities to help. One wrong move could get her deported. Luz has no option but to investigate her son’s disappearance on her own. Engaging Nadia and her roommate, they navigate an increasingly hostile American environment in an effort to reunite Luz’s small family. When Luz and Nadia uncover a link to the people that run the garment factory, the two women become determined to save more than just Luz’s son.
THE SOUTHLAND is a crime story, but more than that, it’s a story of America and the dangers that migrants face when being forced to live in the shadows.
Hard-hitting and at times uncomfortable reading...... we have victims - the dispossessed, the exploited, the invisible, the deceived, the exiled, the hidden - all bereft of opportunity and hope; trapped in a world far removed from the promised Land of the Free.
It's a novel that depicts both the best and worst of humanity. It's shows how those with the least to give and the most to lose, offer what they have regardless of the consequences.
It's topical, timely and on point. I think it offers more than just entertainment and a fast read. It opens up a window to a world which a lot of the mainstream media have already decided on the message for the masses. It provides a more personal insight into the motivations of people who decide to sacrifice home and family, to put themselves in great danger in pursuit of a dream of something safer and brighter.
Dreams don't always come true though, sometimes they're vanquished like a snuffed candle, sometimes they get skewed and twisted and occasionally with enduring spirit and heart and bravery, they persist and you adapt and you go on.
My first time with author Johnny Shaw, but not my last. 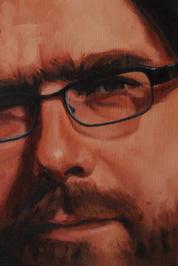