Another dirty half dozen into the collection...... 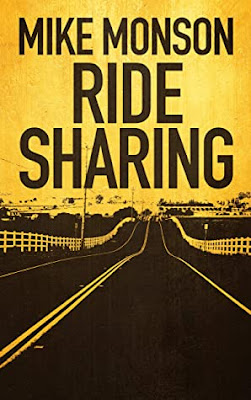 Mike Monson - Ride Sharing (2020) - purchased copy
I've enjoyed a couple of Mike Monson's books before and there's more on the pile. I quite like the sound of this, fact and fiction and somwthing in-between. Interesting and entertaining reading ahead, methinks.
Criminal Love and Other Stories, What Happens in Reno - thoughts.
Synopsis/blurb.....
Ride Sharing is 37 stories, vignettes, and sketches based on Mike Monson's two years working as an Uber and Lyft driver in Northern California. Some of the material is verbatim accounts of events, some of it is completely made up, and some a combination of fact and fiction. At this point, the author can't quite remember what parts are true and what is a lie.
Mike Monson is the author of the noir/crime novellas The Scent of New Death, What Happens in Reno, and A Killer's Love, as well as the crime novel Tussinland. He has written feature scripts based on his novellas What Happens in Reno, and The Scent of New Death (retitled for the screen as Revenge Plot). He is currently working on a crime novel. 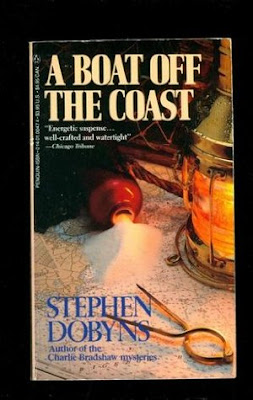 Stephen Dobyns - A Boat Off the Coast (1987) - purchased copy
Not an author I've tried yet, though there's a few on the pile. Recently recommended to me and it does sound good.
Synopsis/blurb....
In high school Brian had always thought Tucker a hero, a little wild, great at football, always fun. Fifteen years later Brian is married, a supervisor at a chicken factory, and a daily lobster fisherman off the coast of Maine. Tucker, back from Vietnam, has also married; but his ''heroism'' is seen through by Brian's wife, Margaret. The two young men get involved in cocaine smuggling, Margaret's sister is conquered by Tucker, and all hell breaks loose when Tucker tries to cheat the suppliers. While the characters don't always ring true, there is plenty of action here and enough suspense to hook the reader. An above-average adventure story that is very readable. 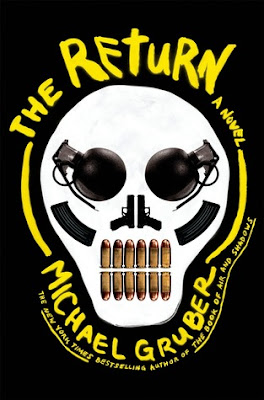 Michael Gruber - The Return (2012) - purchased copy
Another new-to-me author and another buy off the back of a Twitter friend's chat.
Synopsis/blurb....
Lauded as his number-one favorite book of the year, Stephen King advised President Obama, in the pages of Entertainment Weekly, to pick up Michael Gruber's previous book, The Good Son. With an unforgettable hero, The Return is as exciting and provocative as Gruber's best work.
The real Richard Marder would shock his acquaintances, if they ever met him. Even his wife, long dead, didn't know the real man behind the calm, cultured mask he presents to the world. Only an old army buddy from Vietnam, Patrick Skelly, knows what Marder is capable of. Then, a shattering piece of news awakens Marder's buried desire for vengeance. With nothing left to lose, he sets off to punish the people whose actions changed his life years earlier. Skelly shows up uninvited, and the two of them together raise the stakes far beyond anything Marder could have envisioned.
As Marder and Skelly head toward an apocalypse of their own making, Marder learns that good motives and a sense of justice can't always protect the people a man loves. With a range of fearsomely real characters, from a brutally violent crime lord to a daringly courageous young woman, a roller coaster of twists and turns, and a shattering exploration of what constitutes morality in the face of evil, Michael Gruber has once more proven that he is "a gifted and natural storyteller" (Chicago Tribune), and shows why he has been called "the Stephen King of crime writing" (Denver Post). 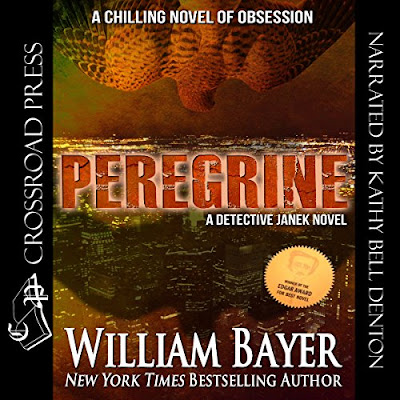 William Bayer - Peregrine (1981) - Audible purchase
And another from some Twitter chat....
Synopsis/blurb....
Circling high over Rockefeller Center is a peregrine falcon, the most awesome of the flying predators. She awaits a signal from her falconer. It is given: the bird attacks, plummeting from the sky at nearly 200 miles an hour, striking a young woman and killing her instantly.
So begins Peregrine, a chilling tale of obsession.
By chance, newscaster Pamela Barrett witnesses the slaying. Her impassioned account of it on television that evening thrills the falconer, a brilliant madman who identifies with his deadly bird. He becomes fascinated with Pam and enmeshes her in a bizarre and deadly scheme even as she finds herself drawn to him by an erotic need she doesn't understand.
As killing follows killing, the police and the media engage in cutthroat competition to find the murderer. Two falcons fight to the death above Central Park. Call girls, rich eccentrics, dealers in the black market for rare birds--all play their roles in this study of secret passion, desire, fulfillment, and ecstasy. 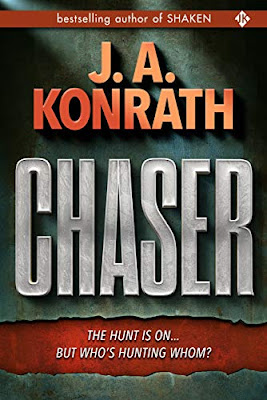 J.A. Konrath - Chaser (2019) - Author COVID Giveaway
I've a few from J.A. Konrath on the pile, but shamefully haven't read him yet. It might take a while to get to this one as it's a few book into his Jack Daniels series.
Synopsis/blurb....
Retired cop Jacqueline "Jack" Daniels and her ex-criminal husband Phineas Troutt have made a lot of enemies over the years. But none worse than The Cowboy, a gunslinging nutcase who wants to slaughter them both, and Hugo Troutt, a gang leader who has been plotting revenge against his younger brother for over a decade.
Separately, these baddies are formidable. Together, they are unstoppable.
But Jack has even more hell to deal with. She and her former partner, private eye Harry McGlade, are in L.A. chasing an insane plastic surgeon who specializes in disfiguring his victims. And Jack's colleague Tom Mankowski has problems of his own with a snuff film auteur named Erinyes.
With four psychopaths on the prowl, Jack, Phin, Harry, and Tom will need to call on some old friends if they hope to get out of LaLa Land alive...
This thirteenth Jack Daniels novel brings together villains from Konrath's thrillers WHITE RUSSIAN, EVERYBODY DIES, and WEBCAM, along with heroes from SHOT OF TEQUILA, THE LIST, WHAT HAPPENED TO LORI, and FLEE, for the ultimate West Coast showdown. 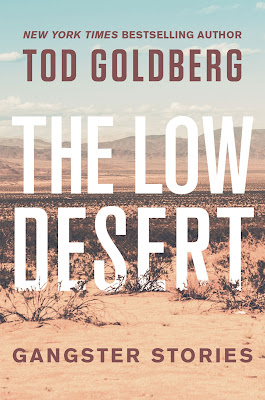 Gangsterland and Gangster Nation sit on the pile, but I'll probably go with this one first.

With gimlet-eyed cool and razor-sharp wit, these spare, stylish stories from a master of modern crime fiction assemble a world of gangsters and con men, of do-gooders breaking bad and those caught in the crossfire. The uncle of an FBI agent spends his life as sheriff in different cities, living too close to the violent acts of men; a cocktail waitress moves through several desert towns trying to escape the unexplainable loss of an adopted daughter; a drug dealer with a penchant for karaoke meets a talkative lawyer and a silent clown in a Palm Springs bar.

Witty, brutal, and fast-paced, these stories expand upon the saga of Chicago hitman-turned-Vegas-rabbi Sal Cupertine--first introduced in Gangsterland and continued in Gangster Nation--while revealing how the line between good and bad is often a mirage.